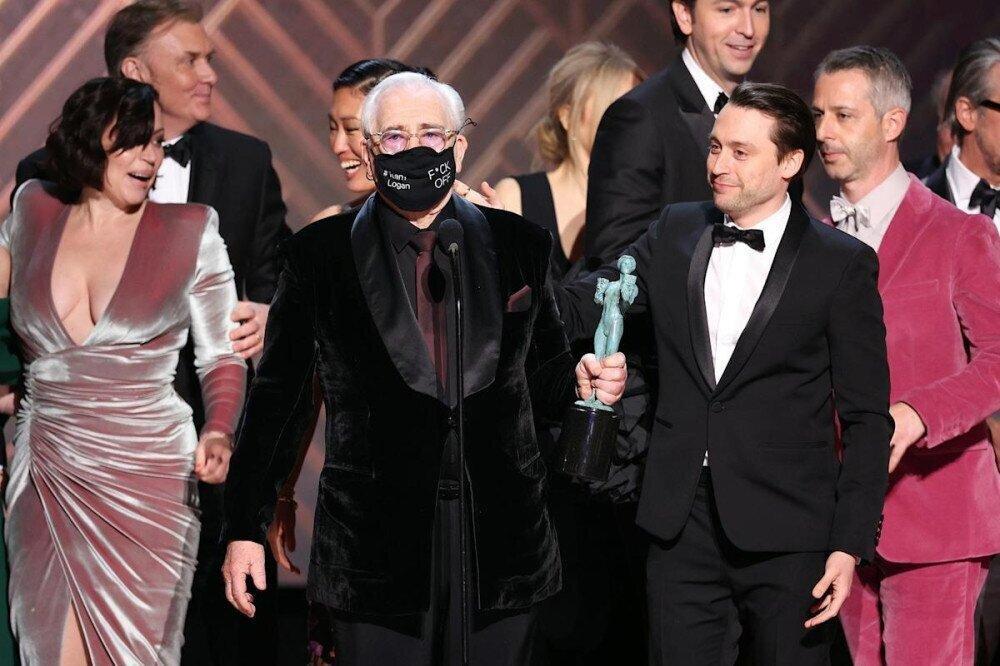 “The president of Ukraine was a comic," said actor Brian Cox while accepting an award. "He was a wonderful comic performer, and we should respect that for him and to come to the presidency was amazing."

Actress Jessica Chastain said during her speech that “my heart is with [those] fighting for their safety and their freedom", while TV host Greta Lee walked the red carpet in a blue and yellow dress - the colours of the Ukrainian flag.

Mr Zelensky's journey from actor to president in 2019 mirrored the plot of his hit TV series Servant of the People, where he played a school teacher catapulted to the presidency.

Mr Zelensky has attracted widespread praise online for his calm leadership during the invasion. And as his popularity online skyrockets, footage of Mr Zelensky's TV show, as well as other appearances including a winning turn on Ukraine's Dancing with the Stars in 2006, have gone viral on Twitter.

A tweet by British actor Hugh Bonneville identifying Mr Zelensky as the voice of Paddington Bear in the Ukrainian version of the film has also gone viral.