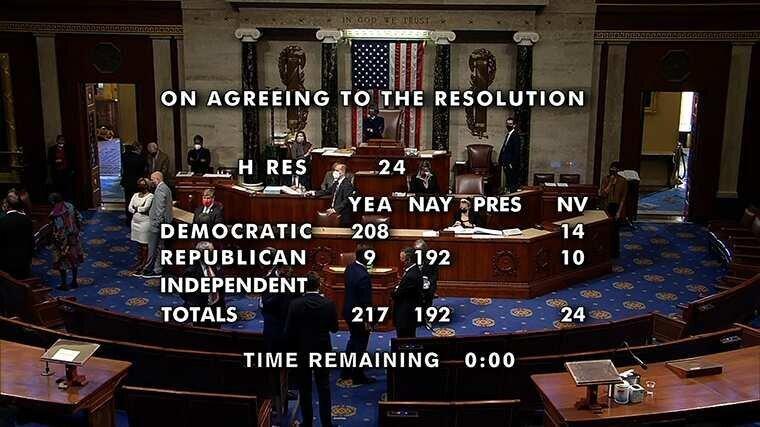 Back
Enough lawmakers have cast votes to impeach President Trump again in a historic first, with at least 217 members having now cast votes to impeach the President, including at least nine Republicans.
The impeachment resolution charges Trump with a single article, "incitement of insurrection," for his role in last week's deadly Capitol riot.
Voting is ongoing.
As soon as the gavel comes down, Trump will become the only President in history to be impeached twice.
Donald Trump impeachment