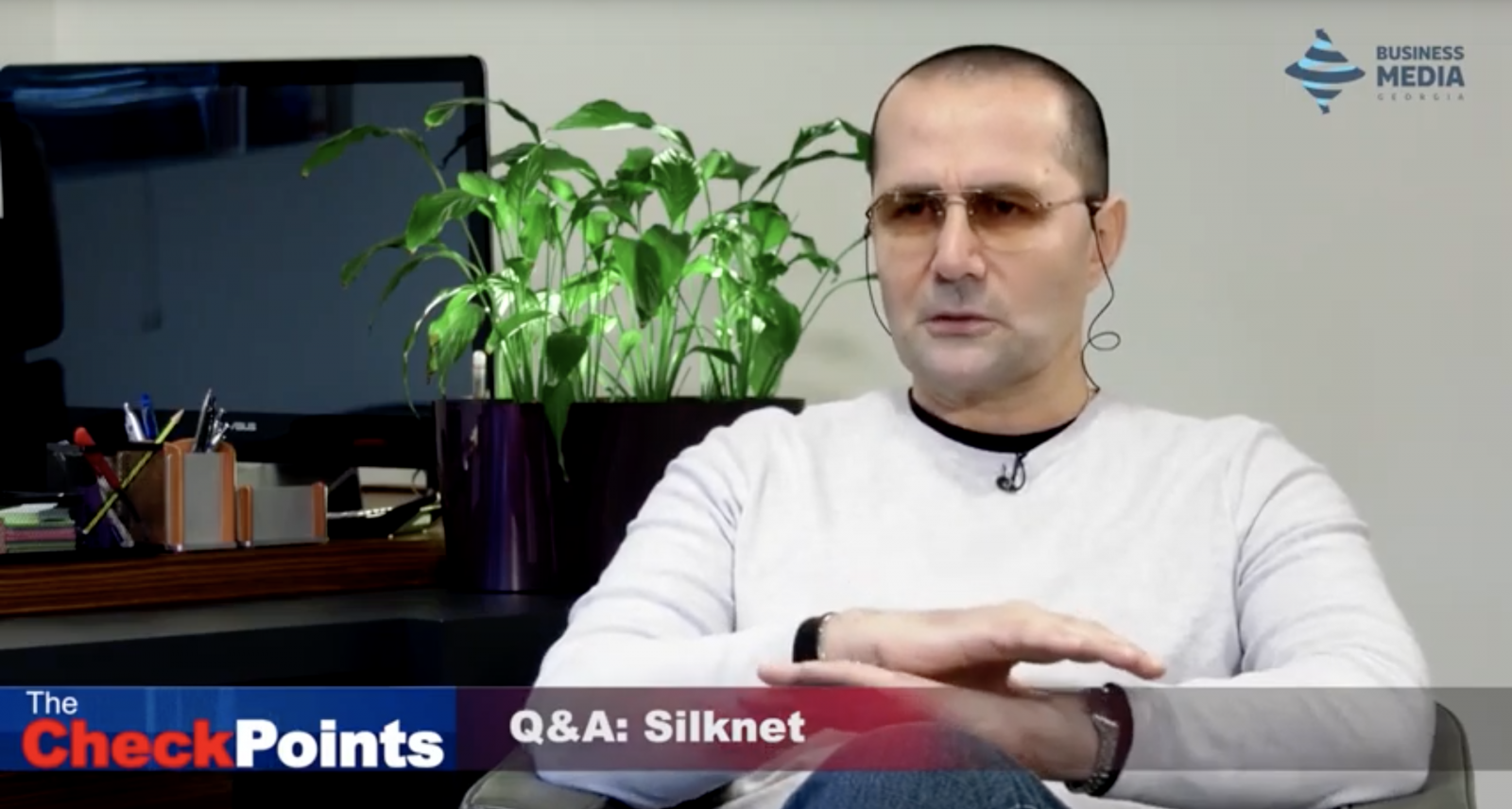 Back
Davit Mamulaishvili, General Director of Silknet, sat down with The CheckPoints to give the public a detailed yearly sum up of the year. He overviewed how the company handled the year 2020; How Silknet managed to maintain sustainability, follow development strategy, and, most importantly, obtain a 200% growth in demand, especially the internet.
According to him, this year was challenging, and tourism - a driving force of Georgia - has collapsed. "This caused an extensive drop in the internet and mobile services, which surprised us. This was one of the first problems we had to face. Afterward, a complete lockdown was announced. Silknet switched to a lifestyle that has led people across all sectors to work from home," - he said.
As Mamulaishvili notes, this led to a 200% -250% increase in network load in the Internet and telecommunications sector. "We knew we had a qualitatively superior network, but there were some grounds for our worries. This was the central question - Would the equipment be enough to handle the load created during this period? Our equipment comes from the biggest brands in the world. Thankfully, this equipment has proven the basis of its high cost. The population of Georgia has not faced any large-scale problems. We have successfully overcome all the obstacles. This is proven by the regulator's (Georgian National Communications Commission) annual report," - he adds.
The crisis has posed many challenges for the leader of a huge telecommunications company. BMG was particularly interested in the operations processes - beyond the technical part, the biggest challenge is to maintain a key operational performance, so what was the process of preserving these aspects?
Mamulaishvili commented on Silknet as the first and only non-banking entity that managed to enter the European foreign exchange market and attract 200 million Eurobonds. "We merged two huge companies, Silknet and Geocell. These processes have made us even stronger but even more sensitive to currency risks. There are two important factors to consider: 1) We know that partnerships with vendors worldwide are linked to monetary processes. 2) All our products are sold in local currency. The lari has depreciated by about 25% against the dollar over the last 2 years. You can imagine how difficult this situation is for the company. One of our requests to the regulator was (and still is) to make adjustments based on the depreciation rate. We have been negotiating with the regulator for a long time, but we have not yet had any results," - he said.
Silknet David Mamulaishvili