How is Ekaterine Tikaradze related to the loss of a potential investor of the Republican Hospital? 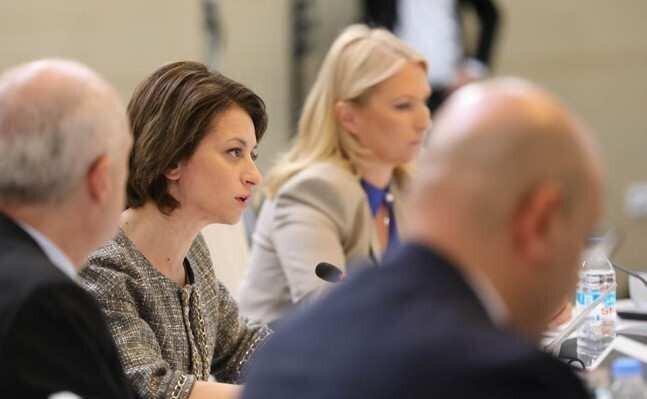 In 2015, the Government of Georgia handed over three large clinics in Tbilisi to the Partnership Fund - the Republican Hospital, the Children's Infectious Disease Clinic and the National Oncology Center.

According to the Fund, the Ministry of Health was working on large-scale investment projects in these clinics during the period, but the project was halted. However, the Partnership Funds remained in hospitals, but considered those assets as "completely amortized ". The fund created “Clinic Development Company” in 2017.
According to the official press-release issued by David Saganelidze's Office on October 5, the Partnership Fund has been actively working with the Ministry of Health since the creation of “Clinic Management Company” and as a result of the fund's efforts, the US-based company has expressed interest in developing the clinics. It was noted, that the company was ready to invest $ 50 million and participate in the auction, though the company was not named.

After two months, the condition is changed and the reason is a statement made by Ekaterine Tikaradze on November 6. According to her statement, a medical holding will be established in Georgia, where the Tbilisi Republican Hospital, the Oncology Center, the Children's Infectious Diseases and Batumi Republican Hospitals will be merged.

“Due to the decision made by the Ministry of Health regarding state clinics, the fund does not consider it expedient to conduct auction. The investor has been informed about this and negotiations with them are no longer underway,” the Partnership Fund noted with BM.GE.