How Much Did The Political Parties Spend On 2021 Election Advertising? - TI 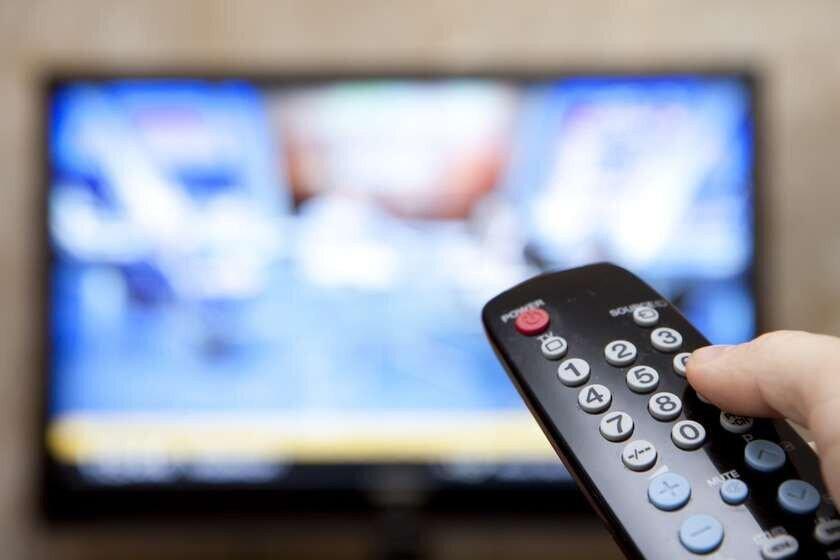 In 2021, Georgian Dream spent the most on advertising – GEL 13.3 million, which was 70% of the total advertising expenditure of 17 parties, Transparency International Georgia says in a report "Georgia’s Political Finance in 2021".

According to TI, both in terms of total revenues and expenditures (up to GEL 40 million each), the ruling party's finances were almost twice as high as the other 16 parties combined, indicating an extremely unequal distribution of finances between the parties, which is a traditional problem of Georgian politics.

"Transparency International Georgia studied the issue of Georgia’s political finance in 2021. Municipal elections were held in Georgia this year. The main focus was on 17 political parties that, as of 2021, were either receiving public funding or received revenues of at least GEL 100,000 in the same year. Both in terms of total revenues and expenditures (up to GEL 40 million each), the ruling party's finances were almost twice as high as the other 16 parties combined, indicating an extremely unequal distribution of finances between the parties, which is a traditional problem of Georgian politics.

One important legislative amendment regarding political finance was made in 2021. In particular, according to the amendments, which came into force on February 1, 2022, a political party loses the right to receive funding from the state budget if the mandates of half or more members of this party’s members of parliament are prematurely terminated. These changes were assessed negatively by both the OSCE / ODIHR and local civil society organizations. As a result of these amendments, two parties - the Labor Party of Georgia and the party Lelo for Georgia - have lost the right to receive public funding.

* 17 political parties received a total of GEL 43 million of revenues in 2021. The ruling party - Georgian Dream - Democratic Georgia got 60% - about GEL 26 million of this amount. The United National Movement was second with GEL 5.1 million and Lelo for Georgia was third with GEL 3.3 million;

* 68% (GEL 27.3 million) of the total revenues received by the parties came from private funding (donations and other types of private revenue) and only 32% (GEL 13.8 million) was public funding;

* Only 13 out of 17 parties received donations totaling GEL 27.4 million, of which GEL 19.8 million (72% of all donations) went to the Georgian Dream, GEL 2.9 million to the United National Movement, and GEL 2.5 million to Lelo for Georgia;

* Political parties spent a total of GEL 4.5 million on salaries, which was 12% of their total expenditures. If we look at the ratio between salary expenses and overall expenditures of political parties, no salary costs of two parties - Progress and Freedom and the New Political Center - Girchi would grab public attention. In addition, questions could be raised about the low salary costs incurred by the Georgian Dream - Democratic Georgia and For Georgia party. Particularly noteworthy is the case of the ruling party, which spend the most – GEL 26 million during the year but the salary expenses amounted to only half a million GEL.

The alleged cases of political corruption or other types of violations

* In 2021, the companies connected with the donors of the ruling party had won public tenders worth about GEL 320 million and simplified public procurement contracts of GEL 19 million. During the same period, the donors directly or indirectly affiliated with these companies contributed over GEL 4.5 million for the benefit of the Georgian Dream:

* Zimo LLC, a company affiliated with the former Prime Minister and founder of the ruling party Bidzina Ivanishvili, has been among the major state contractors. This company won public tenders of about GEL 13 million during the year, and persons in various ways connected with Ivanishvili and this business group donated a total of GEL 1 million to the Georgian Dream during the year;

* Arali LLC won public tenders of GEL 62 million in 2021, while its owner, Demetre Tateshvili, contributed GEL 50,000 to the ruling party. Transparency International Georgia has previously written about large public procurement contracts of Tateshvili’s companies and corruption risks in the process;

* Bondi-2009 LLC and Monolith-2005 LLC also were among the large state contractors. In 2021, these two companies of Nukri Dolidze, a former member of the Batumi City Assembly, won public tenders totaling GEL 33 million. Dolidze and his business partner Otar Putkaradze jointly donated GEL 120,000 to the Georgian Dream. It was also not the first time Nukri Dolidze became the subject of Transparency International Georgia’s interest;

* Anagi LLC was also worth mentioning that has won several major public tenders. This company won tenders worth more than GEL 22 million in 2021. Davit Andghuladze, a person connected with Anagi, and his business partner Giorgi Chitashvili donated a total of GEL 110,000 to the ruling party.

* Over the years, several major groups had been formed among the ruling party's donors that contributed large sums of money to the Georgian Dream almost every year. All such groups have a common characteristic that a large part of their members donate money to the ruling party on the same day or several days apart, which raises doubts about whether such collective action is organized by someone in advance and whether the donations are made through other persons. Among such groups, first of all, persons directly or indirectly related to Bidzina Ivanishvili are noteworthy;

* On October 12, 2021 (after the first round of municipal elections), 16 candidates for the Tbilisi City Assembly seats from the Georgian Dream - Democratic Georgia donated an identical amount (5 or 10 thousand GEL) on the same day to their party. The total amount of donations was GEL 115,000. Over October 13-21, five more candidates transferred a total of GEL 65,000 to the ruling party's account. There was a suspicion that the donations made by these individuals might have been coordinated. TI Georgia appealed to SAO on April 13, 2022, to study this case. On May 2, 2022, the SAO replied and stated that it investigated the case but it did not reveal any violations;

* In August, there were reports that the government representative in the region of Samtskhe-Javakheti and the regional heads of the State Security Service and the Investigation Service of the Ministry of Finance allegedly tasked local businesspeople to make financial contributions to the ruling party. When the reports were checked, it turned out that, in the period between 2 and 16 August, 87 individuals and five companies from Samtskhe-Javakheti made donations to the ruling party amounting to the total of GEL 714,000. This amount of donations made from this single geographic area in such a short period is quite unusual and may be considered to be indirect evidence backing the aforementioned reports. Furthermore, on 4 September, TV Pirveli aired a story in which some of the persons, who had made the donations, effectively confirmed in conversation with journalists that the meetings and circumstances mentioned above had indeed occurred. The legality of the donations was investigated within its authority by the State Audit Office, which reported that no violations were detected. In this case. Although there were obvious signs of a criminal offense, according to our information, the prosecutor's office has not launched an investigation.

Transparency and oversight of political finance

* During the year the State Audit Office responded to certain violations and provided information to the public through the Register of Violations. In February 2022, the SAO published the final report on the financial monitoring of the 2021 municipal elections, which provides the results of the monitoring conducted directly during the election period. This report was preceded by a similar type of interim report published in September 2021;

* In 2021, the State Audit Office took 35 administrative offense cases to the Tbilisi City Court, including 10 cases of political parties, one legal entity, one natural person, and 18 independent candidates. Violators were verbally reprimanded in 2 cases, warned in a written form in 22 cases, and fined in 11 cases by a total amount of GEL 215,057 and with an obligation to transfer GEL 57,228 to the state budget. Of the 17 parties studied, only one turned out to be a lawbreaker - the New Political Center - Girchi.

* As in previous elections, 2021 has shown that the State Audit Office is particularly ineffective in responding to cases of alleged political corruption. The Agency’s management has been clarifying for several years that the function of monitoring political finances is incompatible with this agency’s core activities and carries reputation risk. The agency's management also has been noting that under the current mandate, the State Audit Office does not have the leverage and resources to investigate possible cases of political corruption. Therefore, it is necessary to carry out such an extensive investigative function by an agency that will have the authority and resources to conduct an investigation.
Recommendations

* As the State Audit Office is ineffective in responding to alleged cases of political corruption, it is desirable to establish an independent anti-corruption agency. This agency should be equipped with investigative powers and, among other things, should oversee the financing of political parties;

* The State Audit Office should thoroughly study the information provided by political parties on salary costs and find out why some parties have declared unrealistically small amounts of money.

* Legislative changes are needed to ensure that a political party does not lose its public funding, regardless of whether it uses parliamentary seats or not, as party funding should depend on its election results and not on parliamentary activities.
Political parties should do more to raise donations through events and campaigns. Parties that fundraise in such a way are usually less reliant on a handful of key donors and find themselves entangled in corruption schemes," reads the report.