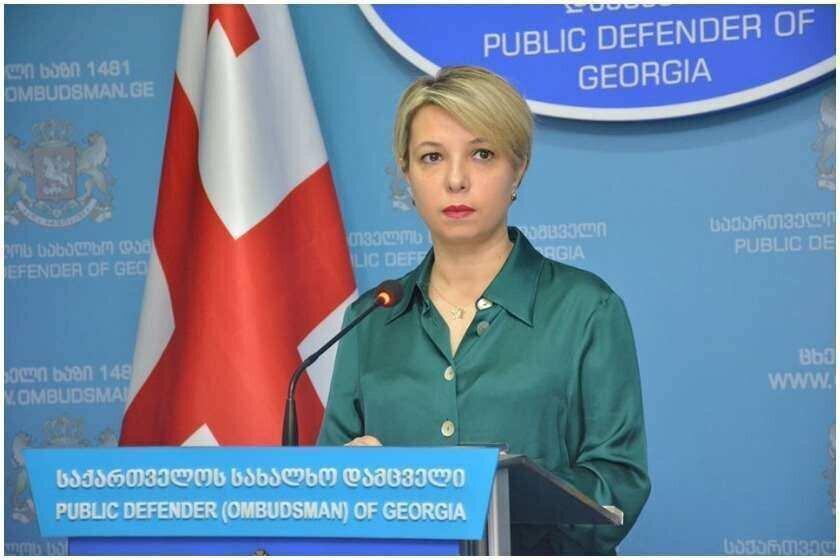 The Public Defender (Ombudsman) of Georgia declared, that nothing shameful could happen on February 23, as Georgia lost independence and became the part of the Soviet Union 100 years ago.

“Nothing shameful could happen as the raid on the office of an opposition party and the arrest of an opposition leader. It will inevitably lead to Georgia's alienation from the West”, Lomjaria notes.

The Public Defender declares that probably, this is the goal of the government.

“The government thinks that demonstrating force is a success. In addition, not a single vaccine is imported in the country, prices are rising and people are on the verge of starvation”, Nino Lomjaria said.

“The decision of Tbilisi City Court Judge - Nino Chakhnashvili announced on February 17 of the current year, to use the measure of detention against Nikanor Melia has been executed by the Ministry of Internal Affairs – Nikanor Melia is detained.

The law enforcers warned the citizens gathered in front and inside the office of the United National Movement located on the Kakheti Highway, Tbilisi, not to obstruct the representatives of the police in the execution of the court decision and gave a reasonable time.

Despite numerous warnings from the side of the Ministry on the spot, the gathered demonstrators at the party office did not obey the lawful request of the police and offered resistance to the law enforcement officers.

Thus, the police used proportionate coercive measures and special equipment provided by law to enforce their official duties entrusted to the Ministry of Internal Affairs by the court”, reads the statement.