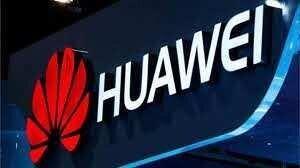 New Huawei equipment in the UK's new 5G network will be banned from September, the Government will announce on Monday, in a fresh crackdown on the Chinese company, - The Telegraph reports.

Culture secretary Oliver Dowden is expected to surprise the House of Commons by announcing a new firm date after which installation of Huawei equipment in 5G will no longer be permitted.

The new cut-off date - September 2021 - is much earlier than was anticipated and will further test relations between London and Beijing.

In July Mr Dowden spoke about setting an "irreversible path" to remove Huawei by the time of the next election when the UK decided to force Chinese company Huawei out of its nascent 5G mobile network.

Ministers are keen to ensure that by the next election there is minimal Huawei kit remaining in 5G networks, which will have to be completely removed by the end of 2027 by law.

A ban on purchasing new Huawei equipment at the end of this year has already been announced, but there were fears companies could stockpile kit and install it later.


The new Telecommunications Security Bill, which has its second reading in the Commons on Monday, will put into law the decision to ban on purchasing new Huawei 5G kit by the end of this year and the requirement that Huawei kit must be completely removed from 5G networks by the end of 2027.

It will be accompanied by measures to encourage more suppliers to enter the market and replace Huawei, and the development of new technologies that open up the 5G market.

A government source told The Telegraph: "This new ‘end of installation’ date shows we are serious and sets out an irreversible pathway to Huawei's removal from Britain’s 5G networks. Now the companies need to get on with it."

The decision to ban Huawei from the UK's 5G network earlier this year provoked a furious reaction from Huawei, which warned that the UK should expect "public and painful" retaliation.

Huawei has previously denied it has ever been asked to engage in any spying on behalf of the Chinese state.