I Hope The Agreement Will Remain In Force - US Ambassador 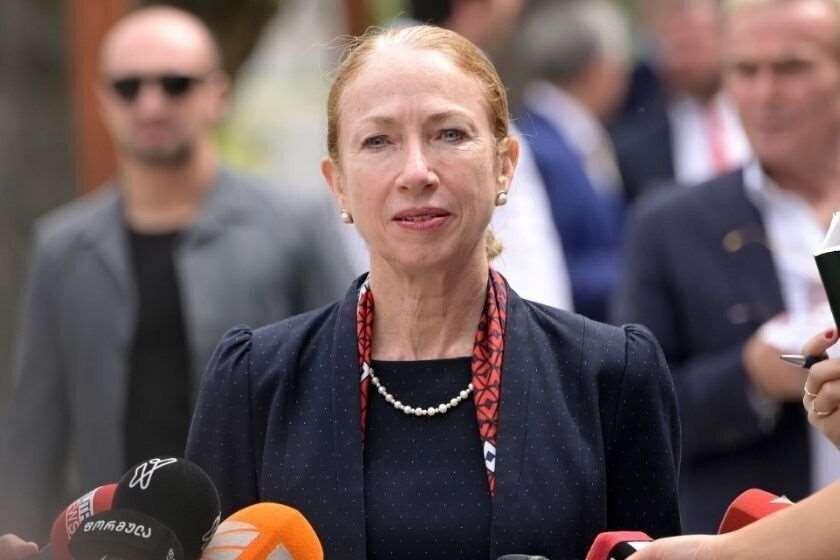 US Ambassador Kelly Degnan hopes “the April 19th Agreement will remain in force, and continue to provide the kind of guidance that Georgian leaders need to enact the necessary reforms.”

“It is our hope that the agreement can continue to provide a kind of structure, a framework for the parties to work together,” Ambassador underscored on Sunday.

Kelly Degnan believes instead of unilateral reforms, Georgia needs multi-party reforms that “all of the leaders elected by Georgia’s voters can pursue and advance.”

“All the statements, including our statement, that I have read make it clear how disappointed Georgia’s friends are that Georgian Dream decided to withdraw from the agreement. It is the best roadmap, negotiated by Georgia’s political leaders over six months for the kinds of reforms that Georgia needs to do, and the idea, the value of the agreement was that the parties negotiated this together and committed together to pursue these reforms,” she stressed.

US Ambassador says “the focus needs to be on fulfilling the commitments that Georgian Dream and all of the signatories to the agreement made.”

“They gave the words that they would implement this agreement in good faith and they need to continue to do that. Talk of sanctions in my view is premature until we see that there is a lack of good faith to fulfill the commitments that were made by the signatories to this agreement. We will continue to urge all parties who have not signed to sign,” she noted.

Earlier this week, Irakli Kobakhidze announced the EU-brokered April 19 Agreement as annulled, saying it completed its mission and exhausted itself 100 days after signing as the majority of opposition figures having abstained from joining.