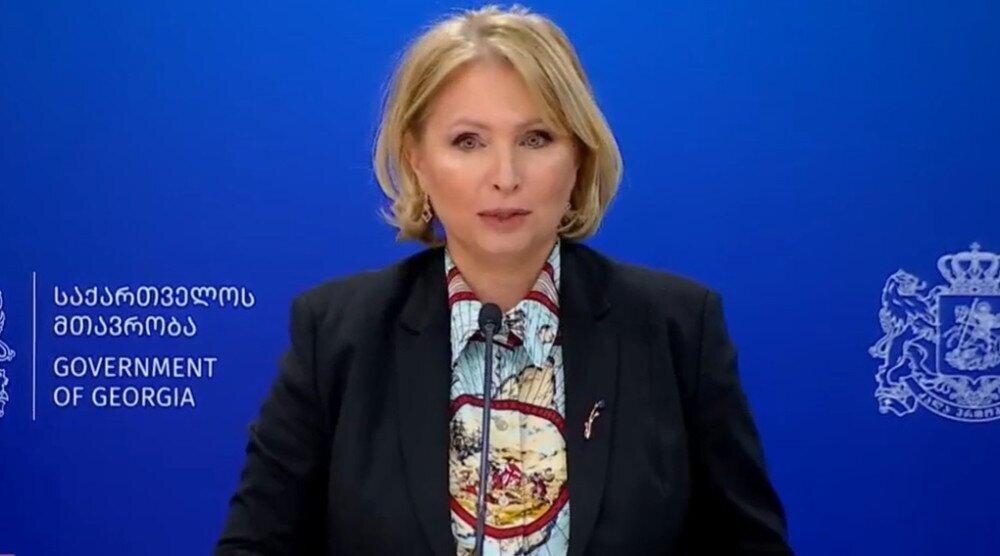 Natia Turnava left the position of Minister of Economy and Sustainable Development, but she remains a member of the ruling party Georgian Dream. Turnava noted at the briefing held at the government administration, that she wanted to change the field and try herself in another sector. Environmental Protection and Agriculture Minister Levan Davitashvili replaced Economy Minister Natia Turnava, Georgian Prime Minister Irakli Garibashvili announced a Cabinet reshuffle yesterday.

"I want to start with thanks. I thank a lot to our team. The team of the Ministry, with whom I worked for 3 years. It was a great honor for me to have the trust that the team has shown me. For 3 years I served in this high, honorable position, I was the Minister of Economy of the country. These have been difficult years, but most importantly, a very solid foundation has been laid for our economy to recover and grow rapidly. Now comes a period of new initiatives, new challenges. I am sure that Levan Davitashvili, with his dedication, experience and professionalism will manage everything at a very high level and will be one of the successful ministers of economy.

As for plans. These three years were not easy. It was very responsible, honorable and challenging. I want to change the field, try myself in another field. Of course, I remain a loyal member of our team. We will see several directions first, it is not specific, when there will be a final decision, I will inform the public. Thank you, the media, for keeping us in the center of attention and keeping me in shape," Turnava said.

Natia Turnava has been the Minister of Economy and Sustainable Development of Georgia since April 18, 2019. From 14 September 2018, she held the post of Deputy Minister in the same Ministry. Turnava has an extensive work experience in a wide range of fields, including: government and private management, macroeconomic and social research and analysis, monitoring and evaluation, project design and management, public relations and advocacy. From August 2013 to September 2018 – she held the position of Deputy Executive Director of JSC "Partnership Fund"; 2006 - 2013 - Member of the Board of Directors of "Georgian Industrial Group" Ltd, General Director of "Georgian International Energy Corporation" Ltd, Chairman of the Board of Directors; She became the First Deputy Minister of Economy of Georgia in 2005. From September, 2005 to November 2006; she was the Deputy Secretary of the Security Council of the President of Georgia; 2000 - May 2005 - First Deputy Minister of Economy of Georgia; 1998 - 2000 - Member of Tbilisi Council, Deputy Chairman of the Finance-Budget Commission of the Council; 1997 - 2000 - Worked in the State Chancellery as a State Adviser, Deputy Head of the Financial-Budgetary Policy Department of the Economic Service, Deputy Head of the Economic Service, Acting Parliamentary Secretary to the President; 1994 - 1996 – she worked at the Georgian Institute of Political Science, as a leading researcher, as well as taught various disciplines of economics at Tbilisi universities.