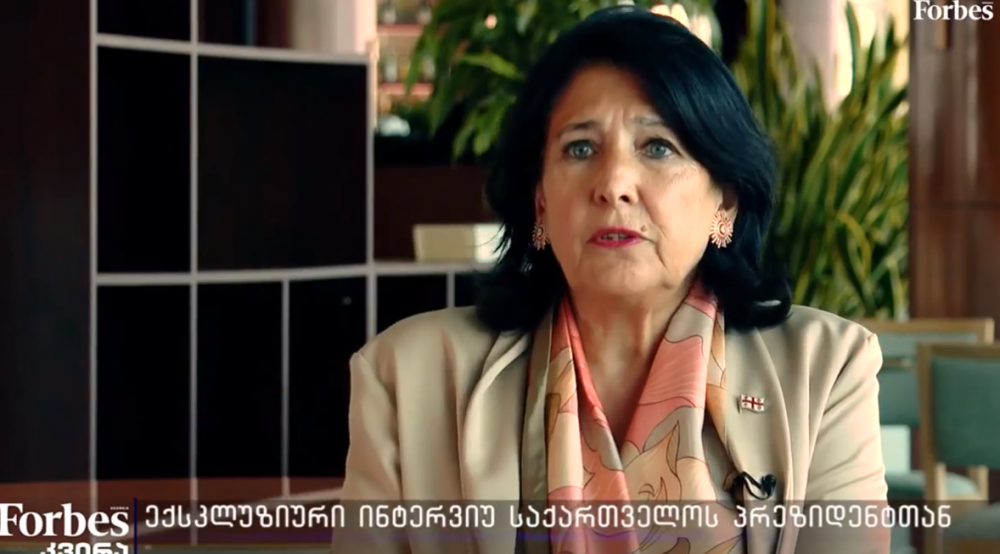 Back
The President of Georgia Salome Zourabichvili attended an event organized by the company Askaneli in Monaco to promote Georgian wine. In an interview with Forbes Georgia, she spoke about where she sees her role and involvement in supporting Georgian business within the framework of the Georgian Constitution.
"We have seen the Georgian wine industry and, in general, the image of Georgian wine exponentially rising in Europe over the past few years. But now we have to reach the second stage. And one thing is to be known. One thing is to be recognized as being the oldest wine country, 8000 years. That's recognized by everyone, including the French now. So, it's a huge success. But we have to promote the wine itself. Distribution is another challenge. We need more events like this because that's where we get known by the industry, both your competitors and the experts. Any event of this kind is important.
I am wherever I'm needed. There is a need for the president to promote Georgian culture, sports, and business outside the country. I'm ready to be there because I think that my involvement as a president adds another level of promotion, which is not purely commercial. Using my contacts is purely in my duty, not only in my rights but also in my duty as a president to represent the different aspects of the country," - said the President.
Georgian Wine Georgian Business Salome Zourbichvili Askaneli President of Georgia