In Which Case Lasha Papashvili Should Make Investments in Tskaltubo 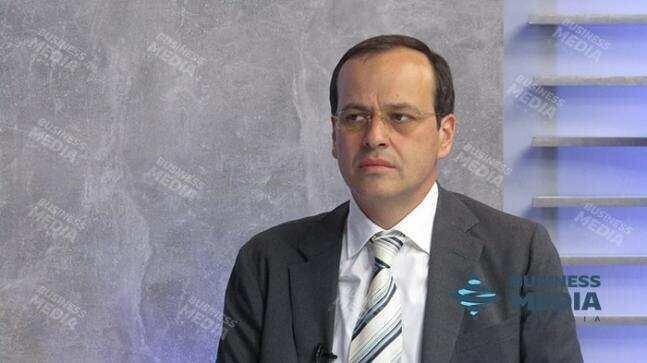 Businessman Lasha Papashvili considers, that Tskaltubo development project will be attractive for investors in the case of tax privileges.

According to Papashvili, it would be good if a status of the special tourist zone is granted to Tskaltubo, because this status envisages Tax Incentives.

“It is good, if there will be tax benefits… In my estimation, preservation of monumental Soviet buildings and their services will cost twice as much as the modern ones ... Such benefits are very important and if Mr. Bidzina Ivanishvili’s initiative is proven by the affair and specific projects are launched, business will follow”, - Lasha Papashvili said and explained the base of business activity in Abastumani.

“I have a good example, as I own assets in Abastumani, but I have not been able to make investments until other players have not come – Bidzina Ivanishvili, Adjara Group, Silk Road. Ministry of Infrastructure started investing. Now, the risk is distributed. We are not protected now either, but we have made the risk and invested 50 million USD in Abastumani”, - Papashvili said.

On the question, in which case Lasha Papashvili should make investments in Tskaltubo, he highlighted the above-mentioned factors in his response.

“If there will be such conditions, why not. I did not know that 15 facilitates are state-owned. I thought that they were alienated”, - businessman explained.

BM.GE got also interested in the fact, what he meant while noting that he did not know about the state-owned facilities in Tskaltubo, did he noted that the government was passive in terms of attracting investment for the resort.

“There were small wishes. The research was commissioned in 2014, I didn't pay attention to it. Some investments have been made in the development of the Central Park over the years, and the Minister of Infrastructure has anoted that 40 million GEL has been invested in the Central Park, but there has been no activity”.

To remind, the public discussion of the Tskaltubo development project was held yesterday. The Ministers of Economy and Infrastructure and representatives of the Partnership Fund have introduced Tskaltubo Development Concept, prepared the Austrian company Kohl & Partners in 2014.

To note, Bidzina Ivanishvili, Chairman of the Georgian Dream, plans to redeem 22 hotels and 9 baths in Tskhaltubo and to rehabilitate the resort. The technical details of the project, as well as the timing of privatization, are not known yet.

The 15 sanatoriums are at the balance of the National Agency for State Property at the Ministry of Economy and Sustainable Development.

Natia Turnava, Minister of Economy has announced that according to National Agency for State Property, the price of 15 sanatoriums located in Tskaltubo is estimated at 47.5 million GEL.