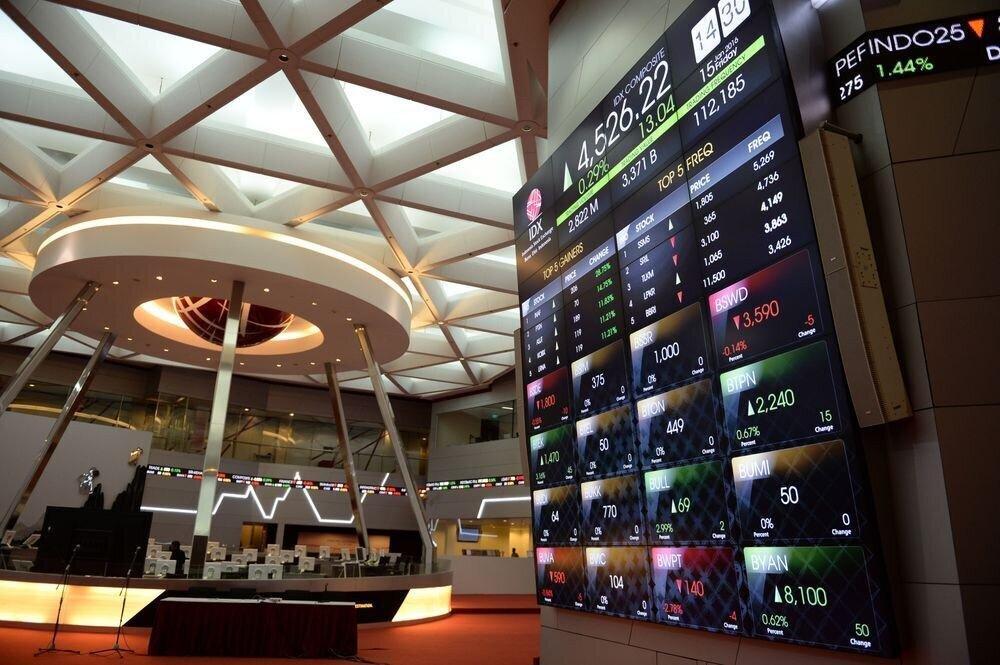 Back
Author:Rainer Michael Preiss
The Republic of Indonesia is the world’s 4th most populous country and its 3rd largest democracy.
Indonesian President Jokowi was slated to receive the G20 Presidency from Italian Prime Minister Mario Draghi in which Indonesia will hold its first G20 Presidency that will start from 1 December 2021 until 30 November 2022.
Indonesia’s economy is the largest in Southeast Asia and is one of the key emerging market economies of the world. As a lower-middle-income country and member of the G20, Indonesia is classified as a newly industrialized country. It is the 15th largest economy in the world by nominal GDP and the 7th largest in terms of GDP.
As of September 2021, the Indonesia Stock Exchange had 750 listed companies and total stock investors were about 6.4 million, compared to 2.5 million at the end of 2019.
Indonesia's Market Capitalization accounted for 45.2 % of its Nominal GDP in Dec 2020.
The Indonesia Stock Exchange (IDX) Composite JCI Jakarta composite index currently trades at a blended forward P/E of 12.5x and last close 6533 index points. Indonesia market dividend yield in IDR (Indonesian Rupiah) stands at 1.89%
JCI (Jakarta Composite Index) has risen +10.72% year-to-date versus India Sensex index + 20% and China hangs Seng enterprise index – 22%.

Indonesia under the leadership of President Jokowi assuming for the first time as an emerging market economy the presidency of the G20 is also setting up the stock market for a strong 2022.
Long Indonesia for 2022 is increasingly becoming bank research consensus view among wall Street banks and major private banks, seasoned private investors however should recall the old market adage "just because it is consensus does not make it wrong."
Goldman Sachs predicts 19% earnings-per-share growth for the market next year versus 17% consensus estimates. That’s higher than the bank’s 9% outlook for the MSCI Asia Pacific ex-Japan Index.
According to the Credit Suisse Group, Indonesia’s market appeal is improving consumer confidence and automotive sales that will contribute to a “significant” acceleration in economic growth next year in Indonesia. HSBC bank expects Indonesia to Lead Asian Stock Rally in 2022.
HSBC expects Indonesia stocks to outperform next year due to direct investment flows, lower interest rates, earnings recovery, and better Covid-19 controls
HSBC predicts Jakarta Stock Exchange Composite Index rose to 7,690 by the end of next year, implying +17% potential gain, compared to Japan Topix predicted to end next year at 2,150 (+5.6%), South Korea Kospi at 3,040 (+3.1%), and India Sensex at 64,050 (+6.7%).

Indonesian shares are expected to get a boost from accelerating macro momentum, being the “preferred means” to add exposure to Southeast Asia’s reopening and economic recovery theme is increasingly the market narrative surrounding Indonesian equities for 2022.
Indonesian equities made headlines earlier this as the Jakarta market with DCI Indonesia IPO became the best performing IPO in the world. DCI Indonesia has delivered the world's best-performing initial public offering (IPO) this year, jumping more than 10,000% or 100fold since its share float in January.
Despite the unfortunate setbacks with the omicron covid virus, Indonesia is widely believed to be one of the Southeast Asian countries set to benefit the most from a rebound in Asia tourism.
After a moderate downturn last year, Southeast Asia’s largest economy is picking up steam. GDP is expected to grow 3.7% this year, buoyed by the global economic recovery and rising commodity prices. Next year it is forecast to be 5.2%, around pre-pandemic levels. But Indonesia is not over the hump yet: despite strong exports, economic momentum slowed in the third quarter amid strict lockdowns. While vaccination rates have picked up, at the current pace it will be another year before over 75% of the population is double jabbed.
Indonesia’s rupiah held up better than most other Asian currencies against the U.S. dollar so far this year, while signs of recovery and attractive valuations have propelled the benchmark index up 11%. The government aims to cut its budget deficit to 4.4% of GDP in 2022, from an estimated 5.5% this year. The goal in 2023 is to be below the 3% legal limit, which has been temporarily waived for pandemic relief measures.
This month, Indonesia will take over the G20 presidency—its first time in the role—a month after the world’s largest economies agreed to stop funding international coal projects. The country is among the top emitters of greenhouse gases because of deforestation and its dependence on coal-fired power plants. It’s also the world’s biggest exporter of thermal coal by value. Earlier this year Indonesian President Jokowi Widodo set a climate goal to reach net-zero emissions by 2060 amid plans to ramp up renewable energy. The big question is how Indonesia can lessen its dependency on coal as it pursues growth.