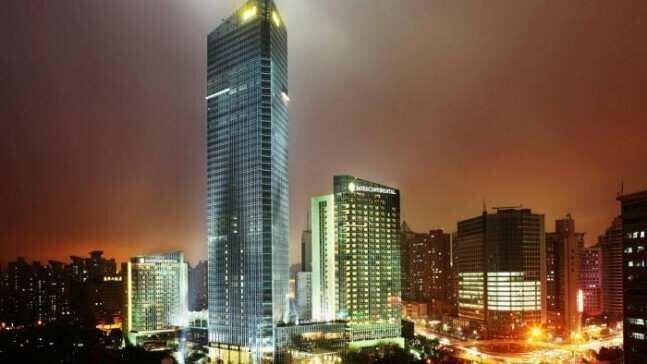 InterContinental Hotel Group, the owner of the Holiday Inn and Crowne Plaza brands, has reopened almost all of its hotels in China despite record low occupancy levels.

The UK-based company on Monday said 97 per cent of its 470 hotels in China had reopened since the country had begun to ease coronavirus lockdowns and bookings were continuing to “steadily improve”.

In an update ahead of quarterly results due next week, IHG added that it had secured a £600m loan through the UK’s government-backed Covid Corporate Financing Facility, giving it total available liquidity of about £2bn, despite reassuring investors last month it had “significant headroom” to weather the crisis.

It has also waived its covenant tests until the end of 2021, saying revenues per available room — the hotel industry’s preferred performance metric — had plummeted 55 per cent in March. The move to shore up its balance sheet comes as occupancy levels across the group hovered at about a fifth of capacity, it said. In the US, where hotels have not been forced to close, 90 per cent of IHG’s hotels remain open. IHG shares rose 7 per cent in London.

Richard Clark, an analyst at Bernstein, said midscale hotels, such as InterContinental’s Holiday Inn brand, could be kept open at relatively low cost, meaning hotels would be ready to welcome guests as soon as travel began to resume.

“If you need someone there on site through the day running shifts for security and maintenance, they can [also] answer the phone and do check in at the desk,” he said.

China first reported zero new locally transmitted infections in March, although there have been a number of minor outbreaks since, and has slowly moved to ease lockdowns and reopen parts of the economy while maintaining health checks in bigger cities such as Beijing.

Other hotel chains have also registered improvements in China this month. Last week Marriott said occupancy levels rose to about 20 per cent in the first week of April and that fewer than 20 of its hotels in Greater China were closed. Accor said nearly all of its hotels were open in the region.

In order to encourage consumers to return to hotels, a number of the major chains have announced stringent cleaning procedures. Last week Accor said it had partnered with Bureau Veritas, a testing and inspection specialist, to develop a set of hygiene protocols, while Marriott said it was rolling out electrostatic sprayers with hospital-grade disinfectant to sanitise surfaces in its properties.

IHG said it was working on new hygiene procedures and ways to protect both employees and guests from further spread of the virus. Employees in its corporate office in Shanghai are undergoing temperature checks as they enter the building.

Mr Clark added that the branded hotels would be in a better position to recover than smaller guesthouses as “people will trust their cleanliness protocol more”.