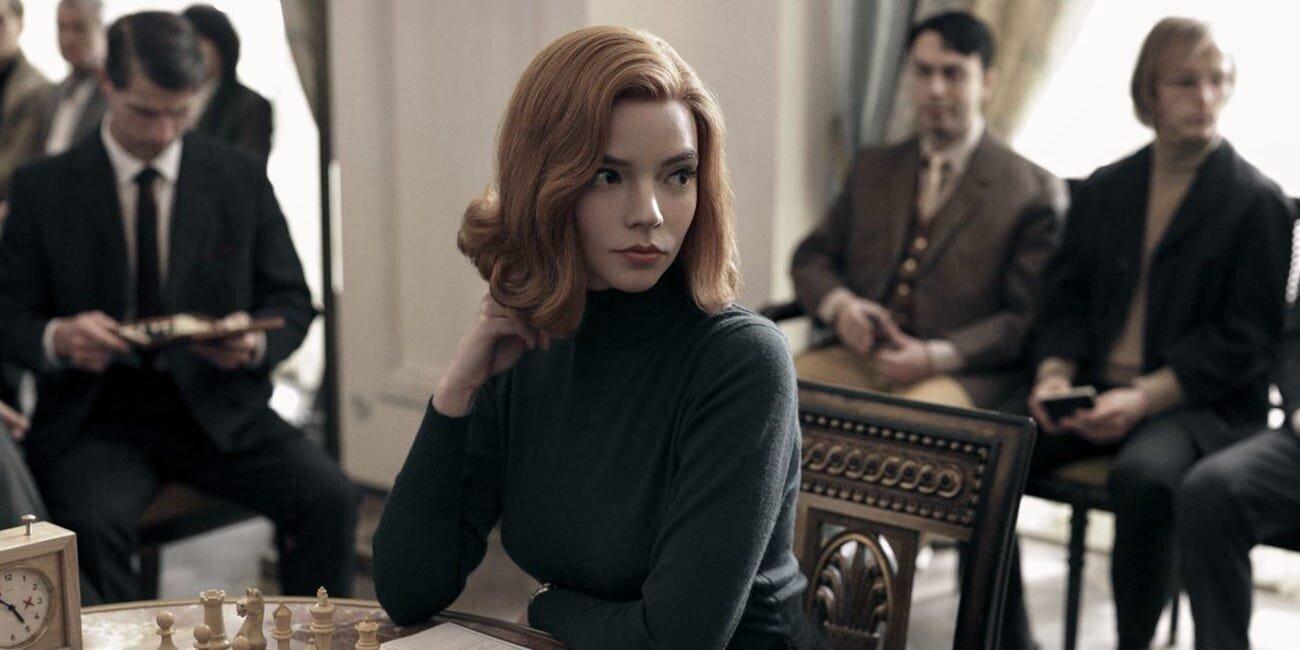 Back
Netflix's "The Queen's Gambit" has been a huge hit, becoming the top-rated show on the platform practically everywhere.
In the series, Anya Taylor-Joy plays Elizabeth Harmon, the charismatic orphan genius who storms the male-dominated world of competitive chess. She also has a killer wardrobe and eyes the size of dinner plates.
But the breakout star of the show — maybe even more than Taylor-Joy — is the sport itself.
Taylor-Joy's poise and Netflix's portrayal of high-stakes competition have brought glamour to a sport with very little mainstream attention.

In the week when the show launched in the US, the UK and many other countries, worldwide Google searches for "chess" increased significantly: 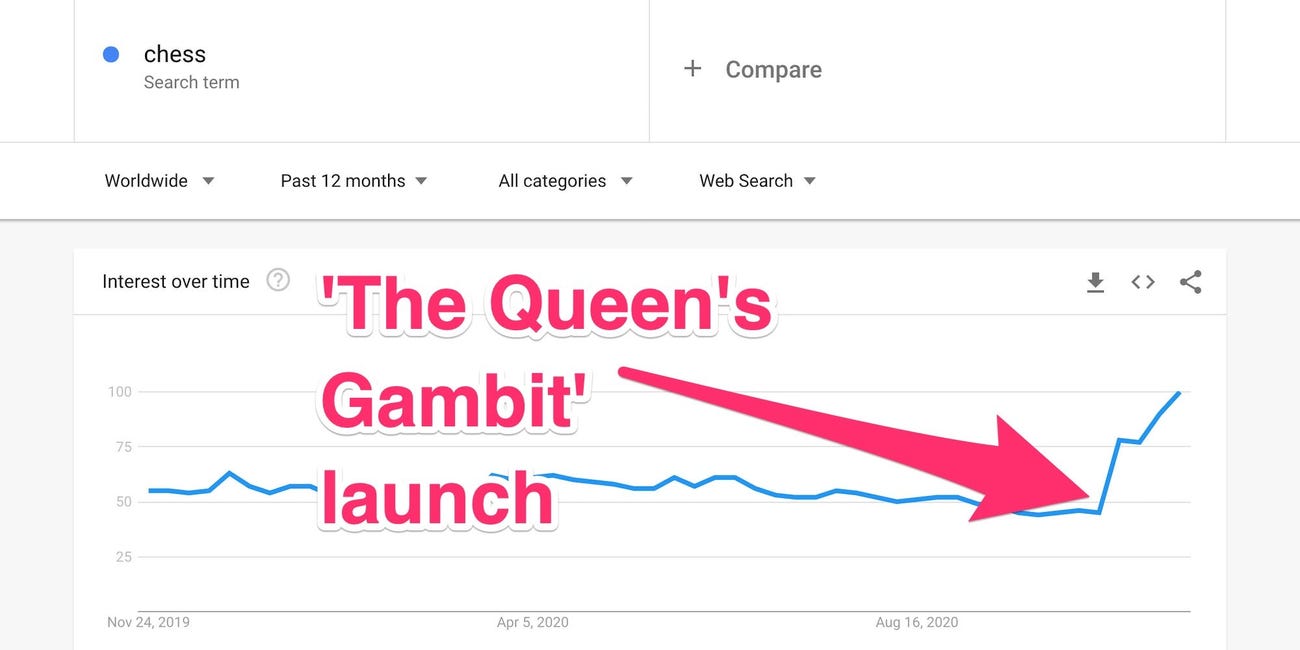 eBay said it had a 273% increase in searches for chess sets in the 10 days following the show's release, the UK's Metro newspaper reported.
Those who make a living in the game have noticed.
"Website hits have increased dramatically, actually, off the back of it," Simon Purkis, founder of luxury games maker Purling London, told Insider of their company website.
Purling London makes artisanal chess boards that can cost thousands of dollars. But even at a more homespun level, interest is rampant, according to Leon Watson, who runs Battersea Chess Club as well as working for Chess24.com, a site that streams matches live.

"We've seen an enormous surge in interest people contacting us, wanting to get involved," he said.
Lockdowns had already fueled a growing online chess boom, he told Insider.
Worldwide, people have been seeking low-cost, distanced forms of entertainment all year. And the online game — spectating or playing —  has grown massively, said Watson.
Queen's Gambit Netflix Chess