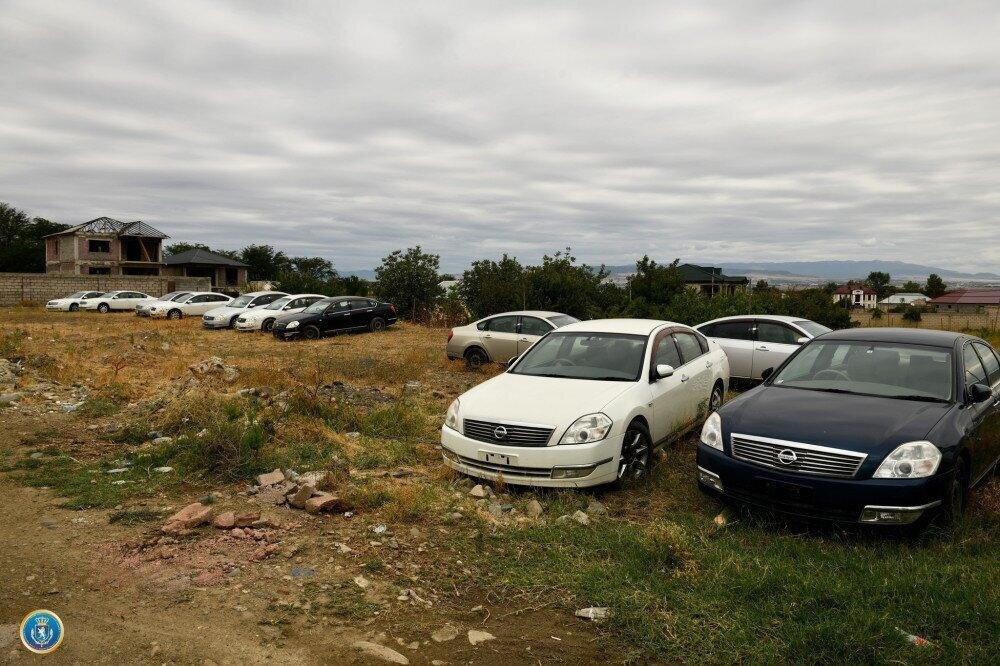 As a result of operative-searching and investigative activities, representatives of the Investigation Service of the Ministry of Finance of Georgia detained two persons of the fact of damaging a large amount of property by deceit, carrying out illegal entrepreneurial activities, and deliberately evading a huge amount of tax, by manufacturing and using forged documents confirming property rights.
Investigation determined that the accused persons, for further sale brought vehicles from different countries to Georgia, from which, 46 units of vehicles, allegedly for the purpose of re-export, were registered to the citizens of foreign countries with forged purchase agreements. Instead of taking the vehicles out of the country, the accused dismantled the vehicles without customs clearance and sold them in parts.

At the same time, it was determined that in order to receive illegal material benefits, one of the accused was carrying out entrepreneurial activities without the relevant state registration, while the second accused was not fully declaring the received income, in order to deliberately evade the tax.
It has been determined, that as a result of the illegal activities conducted by the accused, the damage to the state budget is more than one million GEL.

Investigation Service and Revenue Service of the Ministry of Finance of Georgia actively continue measures against the detection-suppression of the abovementioned criminal facts.

Investigation Service of the Ministry of Finance tax evasion