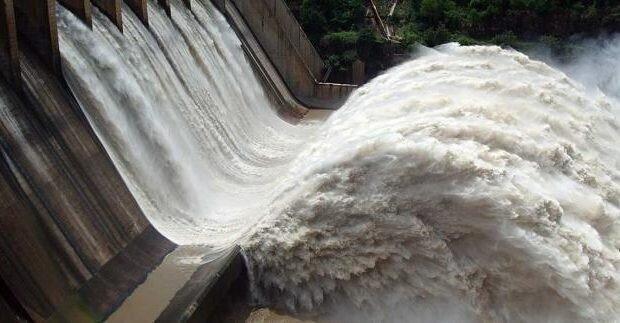 ENKA, investor company of Namakhvani project worth of USD 800 million, has closed its offices in Tbilisi and Kutaisi. As BM.GE has been informed, most of the company’s employees have already left their jobs.

"As far as I know, the offices are closed ... Demobilization is underway ... Most of the employees have left, I cannot speak for others," Lominadze told BM.GE.

The Namakhvani HPP was one of the largest energy projects in the history of independent Georgia.

However, ecologists and local residents were strongly opposed to the construction of the power plant, fearing that a project of such a size would increase the seismic activity, change the local microclimate and damage local villages.

Over a half year-long protest against the construction of the Namakhvani Hydropower Plant project took place last year and participants of the rally, led by Varlam Goletiani, the leader of Rioni Gorge Defender’s civic movement demanded from the government to abolish “anti-state” contract.

On the background of the protest, Turkish contractor company ENKA Renewables LLC, who had intended to construct the Namakhvani hydro power plant on the Rioni river in western Georgia, notified the government of Georgia that it was terminating the USD 800 million project in the country.

According to Maka Partsvania, Head of Division for Legal Provision of Ministry of Energy, attracting new investor is not easy and the role of the state should be increased.

"Investors do not enter easily. They must have some desire or emotion to implement the project in the country. We know that ENKA was a contractor of BP and that was why they wanted to invest in Georgia and build a power plant. I think, if investor is interested in the project, the state should be ready to protect them as much as possible.

It is very difficult to speak from this point of view, because they are talking about a contract, which does not contain any incredible conditions and absolutely compile with the international standards and requirements, which are intended for the construction of such type of facility. Therefore, if I were an investor, I would demand more guarantees.

I think the role of the state should be increased during the implementation of the project, otherwise the investor will find it difficult to implement such projects. As we saw, they demanded involvement of the state due to the population’s statements. It could be a solution, but how it will work this is another issue," Maka Partsvania said.

At the same time, the Head of Division for Legal Provision of Ministry of Energy notes that ENKA’s problems in Rioni Gorge have shown that more communication is needed with the local government and population regarding the project.

“As for the lesson learned from the Namakhvani HPP failure, I would not single out just Namakhvani HPP, as there are the same problems with smaller HPPs in the country, which installed capacity does not exceed 1 mgwt. The point is that smaller project cannot be implemented either today.

One of the important roles of the media is to provide the public with the true information. It was good that they started talking about the issue and the public received a lot of information about energy sector. We need to keep talking about these topics and the role of the media is very important in this case. In addition, the involvement of local authorities is important, first of all -they must increase the awareness of the population and provide the right information aboutall the benefits of the project, which the local government and the population will get. Moreover, most important is to have the legal basis that should regulate relations between the local people, the state and investors. The Ministry is working on this issue and summarizes the approaches how they should be implemented. Councils must be set up where a certain amount of money will be accumulated, which will be spent on the needs of the local population," Maka Partsvania said.