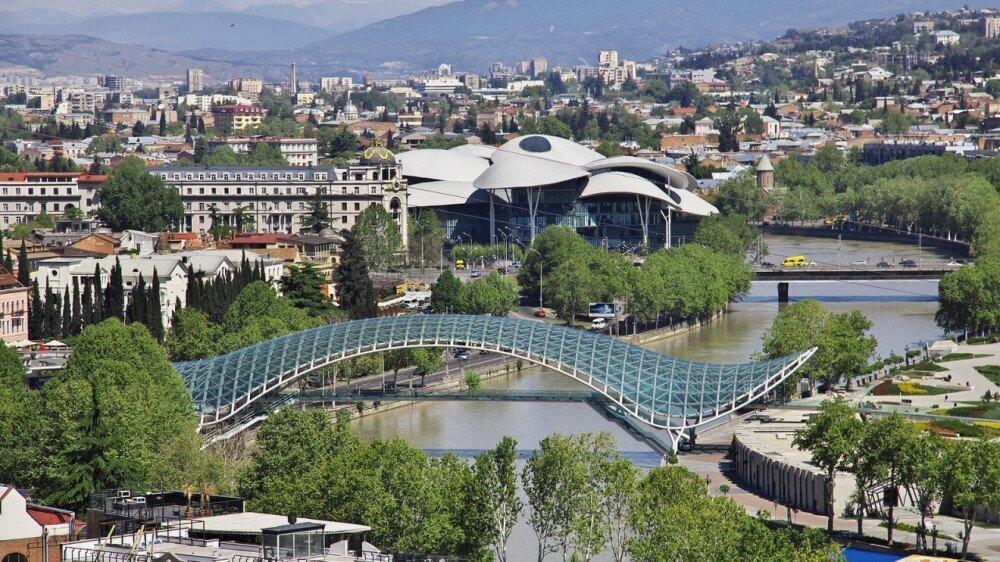 The Emerging Europe published an article by Marek Grzegorczyk, about the deterioration of the business climate in Georgia and the obstruction of the process of implementation of large investment projects by the state.


Recent political upheaval has so far done little harm to Georgia’s reputation as a great place to do business. But ongoing disputes with foreign investors may change that.

Georgia has in recent years carefully crafted for itself a reputation as being one of the easiest places in the world in which to do business.

Its rankings in the World Bank’s Ease of Doing Business report – on which Georgia, and several other countries in Central and Eastern Europe place great importance – are consistently high.

In the latest report, covering 2020, Georgia ranks seventh in the world overall, higher than any country in the European Union except for Denmark.

The country’s reputation has nevertheless taken a hit over the past six months or so, in large part due to disputed parliamentary elections held in October and November 2020.

Although the ruling Georgian Dream party won the election, the opposition claimed that it was neither free nor fair, despite the Organisation for Security and Co-operation in Europe (OSCE) saying that the election had been “competitive” and that fundamental freedoms had “generally” been respected.

However, the OSCE did say that several recommendations made by the Council of Europe’s Venice Commission had not been addressed prior to the election, including those related to campaigning, election administration, campaign finance, media, the complaints and appeals process, and a regulatory gap on recounts and annulments of election results.

The report also underlined the fact that “the line between the ruling party and the state was often blurred” during the election campaign.

On April 19, Georgian Dream and some sections of the country’s opposition signed a European Union-mediated deal that takes a significant step towards ending months of political crisis in the country.

The EU-brokered deal means that those opposition parties who signed it will now enter parliament – they had until now refused to do so — while Georgian Dream has agreed to hold new parliamentary elections if it fails to receive at least 43 per cent of the vote in this year’s municipal elections.

However, the largest opposition group in Georgia, the United National Movement (UNM), has so far refused to sign up to the deal, citing what it calls the harassment of one of its leaders, Niki Melia.

Mr Melia was arrested in February having failed to post bail on charges of organising “violent mass protests” during demonstrations against the Georgian government in 2019. He faces up to nine years behind bars if convicted. Both Melia and the UNM claim the charges are politically motivated.

For investors, the recent political instability has been viewed as confirmation that Georgia’s reputation as a great place in which to do business is not, perhaps, as well-founded ast the World Bank’s rankings would suggest.

An ongoing, high profile dispute between an Azerbaijani investor and the Georgian government is one example of what some investors privately suggest are “heavy-handed” tactics by the country’s ruling party.

Its most important physical asset is the Caucasus Cable System, a 1,200-kilometre fiber-optic cable (FOC) along the bottom of the Black Sea that transits internet traffic from Europe to the South Caucasus and the Caspian Sea basin.

A 49 per cent stake in Caucasus Online was purchased in 2019 by NEQSOL Holding, an Azeri firm, in a deal worth around 51 million euros

However, the Georgian National Communication Commission (GNCC), claims to have not approved the deal, and last year – leveraging new powers given to it by the Georgian government in July – appointed a “special manager” to run Caucasus Online, effectively nationalising the firm.

This move has frustrated NEQSOL’s efforts to develop a major fibre-optic cable investment project across the region – the Digital Silk Way. This initiative aims to connect Europe with Central Asia, with Georgia playing a central role as a regional hub after investment to revamp Caucasus Online’s legacy cable infrastructure. The project – which promises significant connectivity gains for the region, as vectors for foreign direct investment and growth – has been temporarily halted while the dispute continues.

The investor has said it will take up the issue with the International Centre for Settlement of Investment Disputes (ICSID), calling the GNCC’s move “a hostile takeover”.

Its appeal to an international institution suggests that it would be unable to find a satisfactory resolution in Georgia’s own courts.

Indeed, the Georgian judiciary’s handling of the case came under severe criticism by the Council of Europe’s Venice Commission, which issued an opinion describing the appointment of a ‘Special Manager’ – and the laws enabling such an appointment – as undermining property rights, the freedom of the media, and the right to a fair trial.

For many analysts, the case of Caucasus Online resembles the problems which have beset Anaklia Deep Sea Port, Georgia’s largest ever infrastructure project originally proposed by former president Mikhail Saakashvili – still a leading figure in the UNM — a decade ago.

In January 2020 the Georgian government canceled a preexisting contract with the Anaklia Development Consortium (ADC), which had been tasked with building what would be the country’s first deep-water port.

According to the then Minister of Infrastructure and Regional Development Maia Tskitishvili, the reason behind annulling the agreement was that the consortium had not fulfilled its obligations to bring in investments of 400 million US dollars.

However, Mamuka Khazaradze, a former chairman of the ADC supervisory board and a founder of an opposition party, Lelo, said at the time that then PM Gakharia and Bidzina Ivanishvili, Georgia’s richest man and the founder of Georgian Dream, had been “personally involved” in disrupting the project.

Since then, the Georgian government has tried to find a new developer for Anaklia, but without success.

The experience of both Caucasus Online and Anaklia does little for Georgia’s reputation as a business-friendly destination.

“It is potentially very damaging for the Georgian investment climate,” Kurt Volker, an American diplomat who served as the US Ambassador to NATO and the US Special Representative for Ukraine, said in an interview with Business Media Georgia last year.

“The idea of the special government administrator or forcing the removal of the officers of a company, or taking over shares, those initiatives would be very worrying for any foreign investor in any sector in any area.”

In a visit to Brussels last week, the speaker of Georgia’s parliament, Kakha Kuchava, again emphasised the country’s commitment to aligning itself to EU standards with a view to EU membership. However, it is clear much remains to be done, but, as long as Georgia’s ranking in the Ease of Doing Business report is unaffected, the country’s government appears to be unmoved
GNCC Anaklia Port Project Caucasus Online Neqsol Holding Kurt Volker