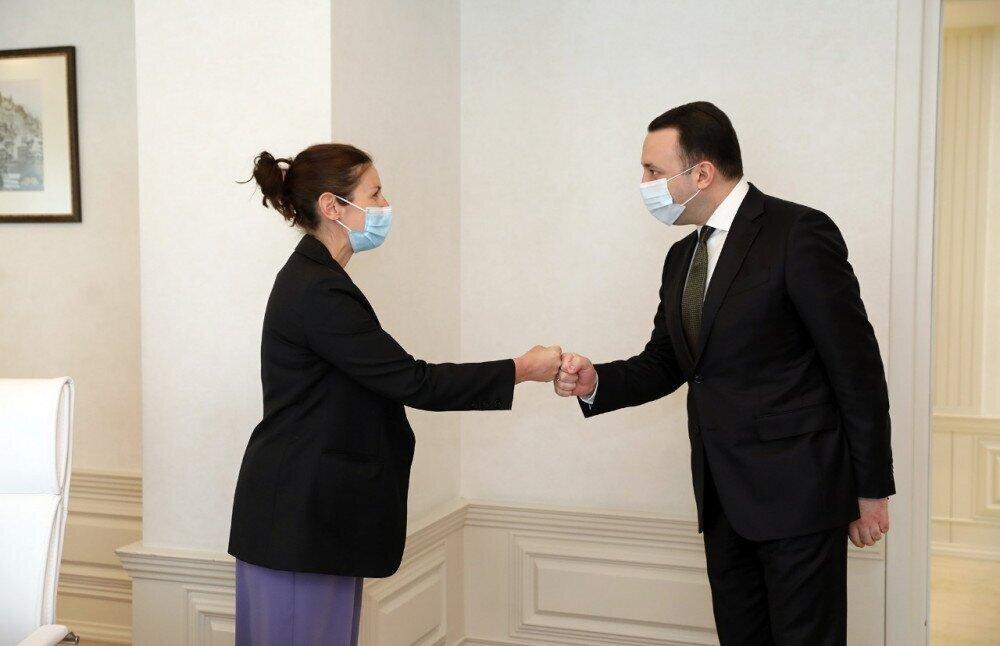 According to the head of the government, the European Bank for Reconstruction and Development is a loyal partner of Georgia, from which the financial assistance received from 1992 to the present amounted to about 4 billion euros. The largest share of the EBRD portfolio comes from the private sector, which has a strong and sustainable impact on the country's economy.
The Prime Minister noted that Georgia is a country of strong European aspirations, which follows the European path of economic transformation, and the role of the EBRD on this path is critically important.
Irakli Gharibashvili and Catarina Bjorlin Hansen discussed current projects and outlined prospects for future cooperation. It was noted that the European Bank for Reconstruction and Development should play an important role in the post-pandemic period.
In Georgia, with the funding of the EBRD, projects are being implemented in the fields of energy, municipal infrastructure, banking, and agriculture.

"We had a very fruitful meeting with the Prime Minister of Georgia. We reviewed the activities carried out by the European Bank for Reconstruction and Development last year in the context of crisis assistance. We also talked about the future plans of Georgia and the European Bank, the joint efforts to address the challenges across the country. The conversation also touched on the very important achievements of the Investors' Council, which is an active platform for dialogue between the public and private sectors, "said Catarina Bjorlin Hansen.
Giorgi Cherkezishvili, Head of the Secretariat of the Investors' Council of Georgia, and Ilia Darchiashvili, Head of the Government Administration, attended the meeting held at the Government Administration.
EBRD Catarina Bjorlin Hansen Irakli Gharibashvili