Irakli Gharibashvili spoke with the head of WHO 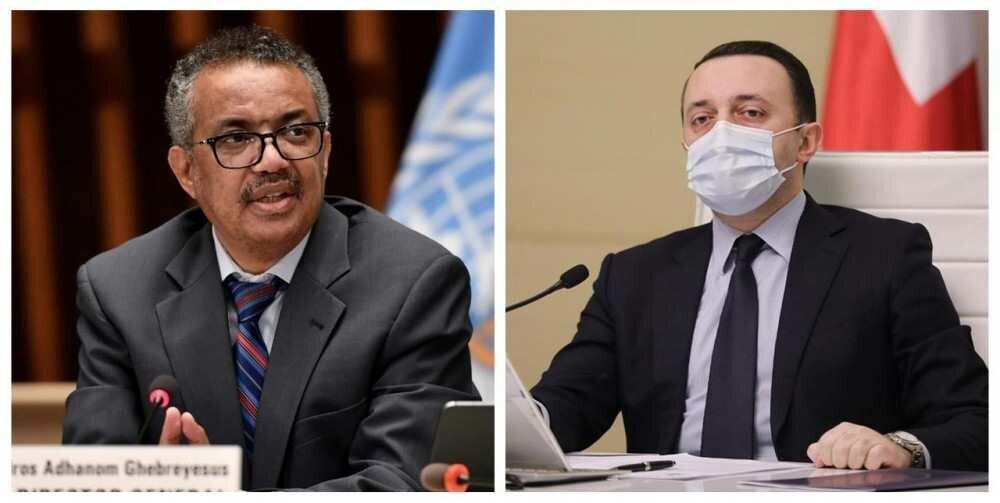 Back
The Prime Minister of Georgia Irakli Gharibashvili had a telephone conversation with the Director-General of the World Health Organization (WHO) Tedros Adhanom Ghebreyesus, so that despite the global supply crisis, Georgia has more active support from the organization to receive the first doses of the vaccine as soon as possible.
According to the press service of the government administration, the conversation focused on the global pandemic situation, the difficulties and delays in the vaccination process, and the importance of the World Health Organization's support for the timely start of vaccination in Georgia.
"Emphasis was placed on the importance of the equitable distribution of the vaccine so that all states enjoy equal opportunities in this regard.
The steps taken by the Government of Georgia in terms of timely introduction of the vaccine in the country, as well as in resolving infrastructural and logistical issues were noted. The Prime Minister stressed that in addition to the COVAX platform, the state is in active negotiations with international partners and vaccine manufacturers to receive the first doses of the vaccine as soon as possible, and in this process, the support of the World Health Organization is of particular importance."
In addition, Irakli Gharibashvili thanked the WHO Director-General for his support to Georgia and stressed the role of the World Health Organization in approving the National Vaccination Plan, which identifies target groups and aims to vaccinate 60% of the population by the end of the year.
The head of government reaffirmed his readiness for Georgia to continue to work closely with the World Health Organization in various areas, as defeating the pandemic and returning to normal life is possible only through joint efforts," the administration said in a statement.
WHO Covid19 Irakli Gharibashvili Tedros Adhanom Ghebreyesus

Registration for Sinopharm vaccine will start on April 27, and vaccination - in early May