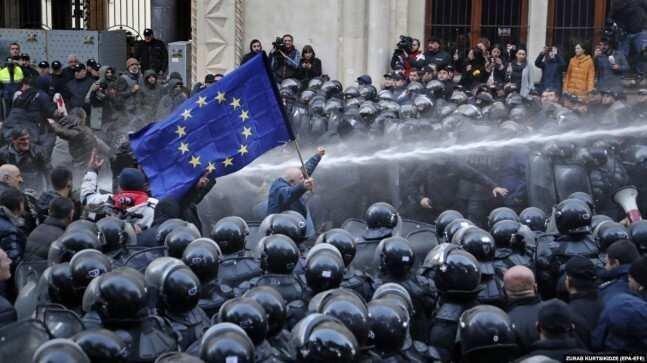 Tbilisi, Georgia—The first International Republican Institute (IRI) national poll conducted in Georgia since the anti-Russia protests in June 2019 indicates a significant loss of trust in government. No party has a clear lead in the upcoming election, but there is potential to make headway with voters by addressing economic issues, which continue to be the top national concern for citizens.

“The economy and unemployment have been high-ranking concerns for Georgian residents for nearly a decade, but these issues are not present in the country’s political party discourse. Party leadership have the opportunity to develop detailed programs and platforms that respond to issues that voters find most pressing,” said Steve Nix, IRI’s regional director for Eurasia.

Moreover, the majority of respondents (59 percent) identify economic issues as having the greatest potential to stymie democratic development in Georgia.Earlier in the year, the government promised to change the parliamentary system from mixed proportional and majoritarian to fully proportional.

With elections less than a year away, a clear front-runner has yet to emerge. Because 61 percent of voters are focused on economic policies in the run-up to the election and a third are undecided on their first choice, the political parties that develop coherent and appealing economic platforms will be best positioned to form a parliamentary majority.

Public support for NATO and EU membership within Georgia has increased in the last six months from 68 percent to 71 percent, and 75 percent to 80 percent, respectively. This support appears to be motivated by the perceived security and economic benefits associated with NATO and the EU.