IRI: 65% of the population say their family’s economic situation has deteriorated 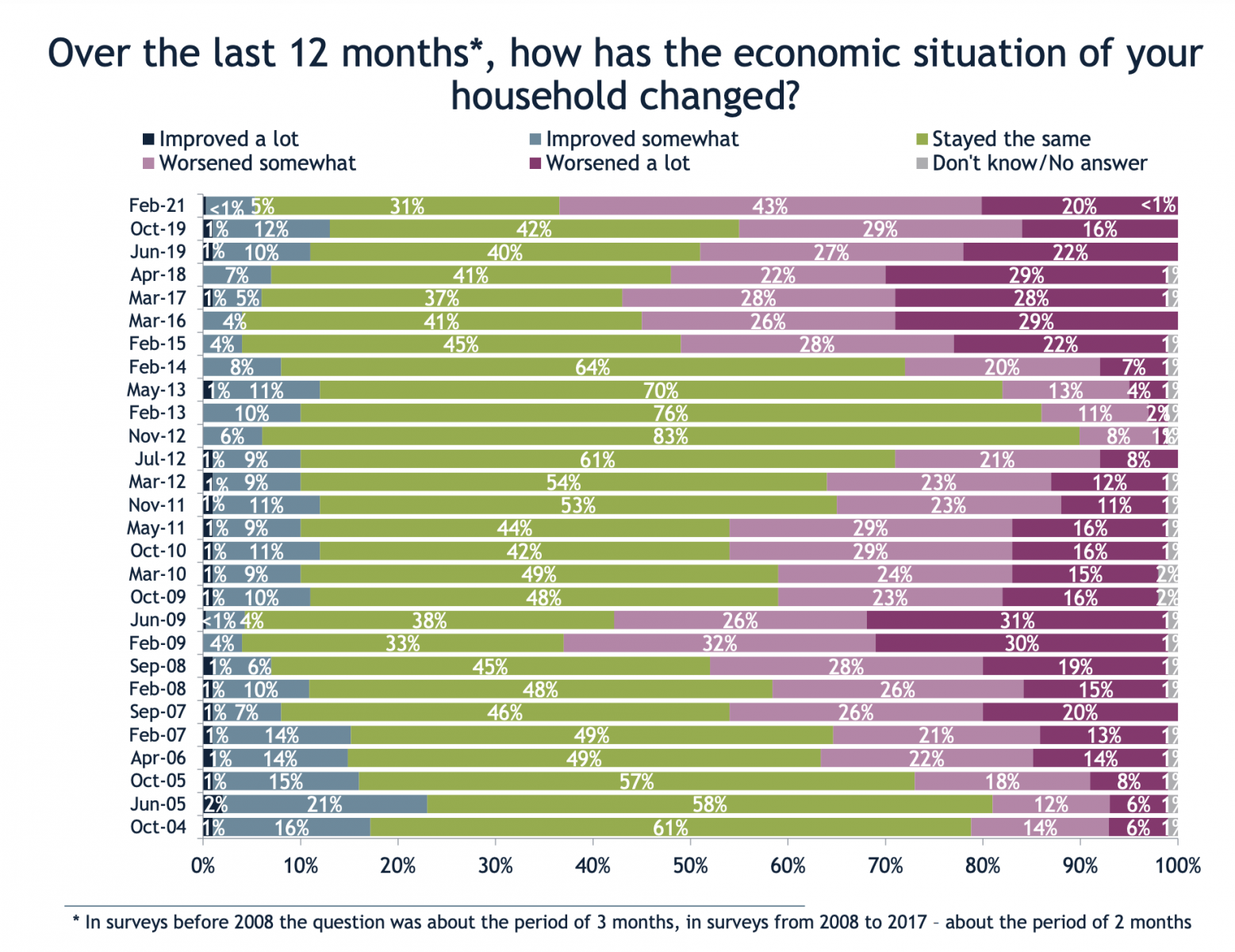 Back
The International Republican Institute has published the results of a public survey, which reflects the views of the Georgian population against the background of the pandemic. 65% of respondents say their family's economic situation has deteriorated.
29% of the population say that the situation is unchanged for them, while 5% talk about improvement.
When asked how they assess the Georgian government's response to the virus, 39% of respondents said they assess the government's response negatively, 44% - somewhat positively, and 15% - very positively.
54% assess the government's response to the crisis directly from the economic point of view as negative, 37% as partially positive, and 8% as very positive.
The survey was conducted from February 2-26, 2021. The sample included 1,500 respondents with voting rights and age. Data were analyzed by age, gender, region, and settlement size. The margin of error is +/- 2.5 percent, the response rate is 75%.
IRI Covid19