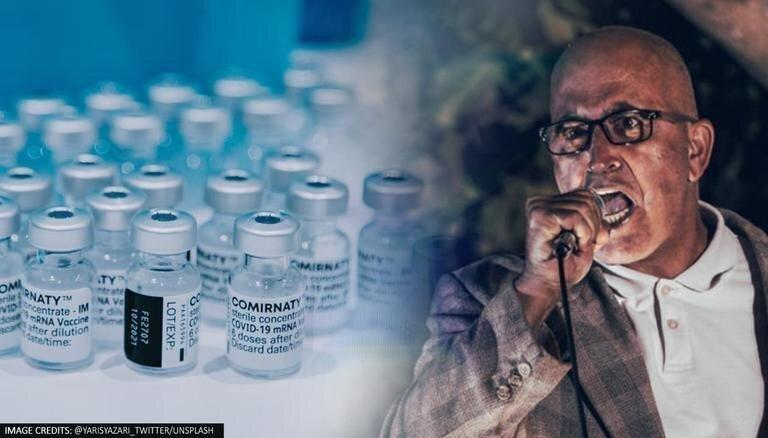 Back
Hai Shaulian, a well-known Israeli activist against coronavirus vaccines, died at Wolfson Medical Center in Holon due to the coronavirus. Shaulian called on his followers on social media not to get vaccinated against the virus under the headline: "There is no epidemic - the vaccine is unnecessary and dangerous."
Shaulian uploaded a video to social media from the time he was hospitalized. He said that "I am connected to an oxygen machine without which I suffocate. If I remove it and walk three meters - I faint. I cough hard and feel a lot of suffocation,” JPOST (The Jerusalem Post) reports.
Later in the video, Shaulian complained about the treatment he received at the police station where he was arrested, saying that the policemen put their legs on his neck, and even claimed that "the Jerusalem police tried to poison me. I have never felt this way in my life. All week I struggled as if nothing had happened, but today I could no longer breathe and went to the HMO and from there I was evacuated to Wolfson Medical Center. If something happens to me - know that it's an assassination attempt."
At the Schneider Children's Medical Center in Petah Tikva, an unvaccinated 17-year-old boy is hospitalized in critical condition. He suffers from PIMS syndrome and has been connected to a heart-lung machine. PIMS is an inflammation caused post-coronavirus in children and its symptoms are high fever, rash, abdominal pain, loss of appetite, general weakness, and decreased blood pressure.
Although the syndrome is rare, it can be fatal and is similar to Kawasaki disease, which can lead to an aneurysm in the coronary arteries, in the heart, and even death.
Covid19 Israel anti-vaccine

How Many Trucks Cross Georgia And How Much Income Does The Country Get From Transit?