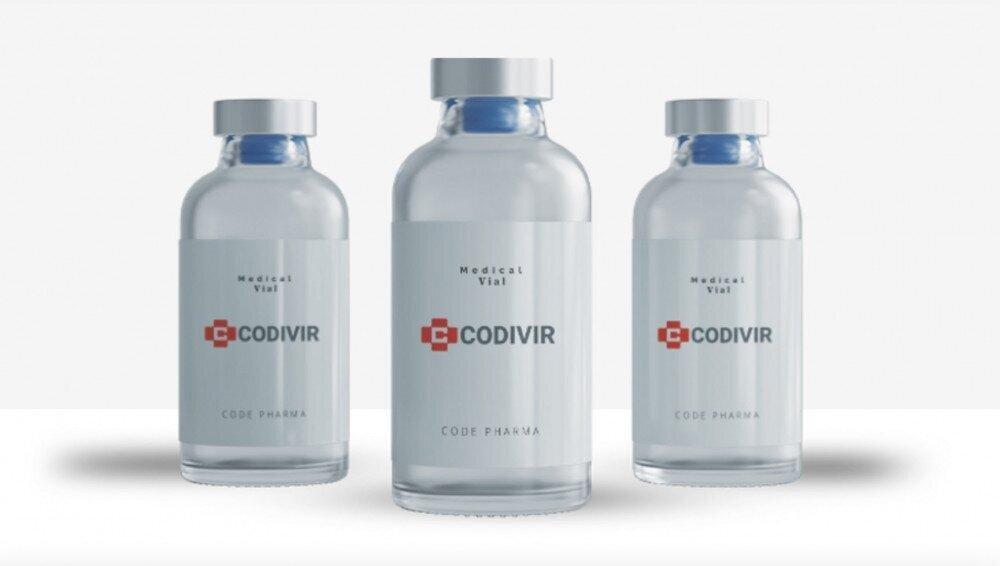 Back
A team of Israeli scientists say that a drug previously used in an uncontrolled fashion to treat HIV has a direct antiviral effect against coronavirus, sending patients home virus-free within only a few days.
Code Pharma, which is headquartered in the Netherlands but has its research and development office in Israel and an Israeli CEO, recently completed a Phase I trial of its drug Codivir for use against coronavirus. On Monday, the Israeli research team that will support the Phase II trial applied for permission from the Helsinki Committee to move forward at the Barzilai Medical Center, JPost (The Jerusalem Post) reports.
The Phase II study, which will involve around 150 patients and is expected to launch in the next month, will also take place in Spain, Brazil and South Africa. According to Code Pharma CEO Zyon Ayni, the goal is to complete the trial within about three to six months and then already apply for emergency use authorization of the drug.
“In the first and second wave of the COVID-19 pandemic, many of the drugs with putative or proven antiviral mechanisms of action have not proven themselves to significantly prolong life expectancy,” said Prof. Shlomo Maayan, director of the Infectious Disease division at Barzilai. He is advising Code Pharma as it moves forward with Codivir but receives no financial or other compensation.
“Codivir has a very good safety profile and a very impressive antiviral effect, both in laboratory conditions and in a phase I clinical trial in humans,” he said. “We eagerly await the results of the double-blind studies using Codivir. It may be a breakthrough in the field of antiviral therapy for early COVID-19 patients.”
The Phase I trial was recently completed in Brazil at Casa de Saúde – Vera Cruz Hospital in São Paulo, Brazil, under the approval of the National Research Ethics Commission (CONEP). Twelve patients between the ages of 18 and 60 with mild to moderate coronavirus participated in the study.
Seven of the volunteers were tested sequentially using a standard PCR swab test every two days from the time they began receiving the treatment, which like insulin is given subcutaneously – injection under the skin.

Maayan said that five of the patients showed a very profound decline in the viral load during the treatment. Codivir significantly suppressed viral replication in all patients with an antiviral effect noted as early as three days after the beginning of treatment.

Moreover, the safety profile of the drug was very good. There were no significant side effects from the treatment itself, Ayni said, nor did those who received the drug show any signs of side effects that are very often associated with COVID-19 infections.
Manuscripts describing these results have been submitted to a peer-reviewed journal.
CODIVIR IS based on a short 16 amino-acid peptide derived from the HIV-1 integrase. It was first discovered by researchers at the Hebrew University, who are still involved with the company.
“The initial idea was to eradicate HIV-infected cells,” the CEO explained, noting that the drug seemed to induce HIV cell death in pre-clinical trials.
Around the time that the coronavirus pandemic was beginning, Code Pharma was testing the drug unofficially in HIV patients in the Congo.
“One hospital there started administering it to COVID-19 patients, too, and they got completely better – some in hours and some in days,” Ayni said.

The hospital then requested additional doses, which it administered in an unofficial clinical trial, where doctors divided and tracked patients who received Codivir and patients who did not. All of the patients were between the ages of 35 and 78 and were being treated in the intensive care unit – though he said the ICU in the Congo does not look like a Western ICU, meaning the patients were only receiving oxygen.

“The doctor gave them the medication and saw that in only nine days, two patients completely recovered and the rest got much better and almost had no trace of the virus. Of the 15 people who did not receive the medication, 14 died.
“It was very clear we were onto something, but we did not know what,” Ayni said.

So, the company decided to conduct in-vitro studies at the well-respected Virology Research Services in London, with what Maayan described as “excellent results.”

“We saw complete elimination of the virus in 90% to 100% of cells in less than 24 hours,” Ayni said, noting that the results play out slightly differently in people. However, one thing was clear to Code Pharma: The laboratory studies demonstrated a potent antiviral activity.
The lab results are what led to the Brazil trial.

The Phase II multinational trial will be double-blind and also evaluate Codivir in the treatment of mild to moderate cases.
“The idea is that if the data we generated from Phase I with no controls repeats itself, this will be a significant achievement,” Maayan said. “If the results do not repeat themselves, then it is a no-go.

“But with both the laboratory results and the Phase I trial so encouraging, it looks promising,” he said.

Due to the high levels of COVID infection continuing around the world, the company is already preparing to submit emergency approval requests to several countries once the Phase II trial is complete, Ayni said. It is also preparing for mass production of Codivir at different sites worldwide.

“The world is in need of an antiviral medication against COVID.”
Covid19 Israel covidir