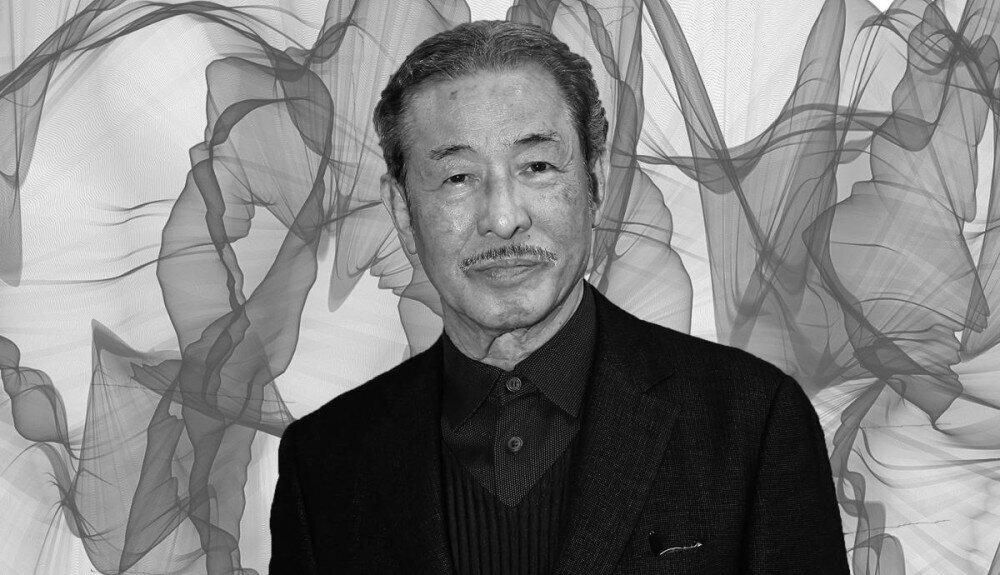 Be it menswear or womenswear, Issey Miyake was a shining star in the fashion world in the 1980s. He loved colorful and heavily pleated fabrics as well as silk.

His collections "Pleats Please" and "A-POC" (A Piece of Cloth) were international sensations. Designed to minimize waste, APOC garments were produced in machine made rolls of knit fabric that was pre-sewn or fused with finished patterns. The user could cut the pattern from the roll to create a ready-made, customized garment.

Apple founder Steve Jobs' signature black turtlenecks also came from the House of Miyake; the designer and the computer wizard were close friends.

Issey Miyake was born in Hiroshima on April 22, 1938. As a child, he wanted to become an athlete or a dancer — until his attention was drawn to his sister's fashion magazines. This proved to be a turning point in his life. He studied graphic design in Tokyo and clothing design in Paris, where he worked with famous names in the fashion industry such as Guy Laroche and Hubert de Givenchy.

In 1970, he presented his own first collection in New York. That same year, he founded his Miyake design studio in Tokyo and quickly made a name for himself as one of Asia's most innovative designers. His concept: to produce clothing from a single piece of fabric wherever possible.

Textile research was his vision

Miyake created not only clothes, but also accessories, jewelry and perfume. Above all, however, he was interested in the nature of fabric. In the late 1980s, he developed a new type of pleating in which fabrics retain their shape. Tested on dancers for their freedom of movement, this led to his signature "Pleats, Please" line.

Miyake retired from active business in the late 1990s and devoted himself only to textile research. In 2005, he was honored for his life's work with the Japanese "Praemium Imperiale," which is also considered the Nobel Prize for the Arts. A year later, he received the Kyoto Prize for his "visionary clothing concepts." The prize, established in 1984 by Kazuo Inamori, founder of the Japanese technology corporation Kyocera, is one of the most important awards in the field of science and culture alongside the Nobel Prize.

In interviews, Miyake was often asked about the atomic bomb dropped on his hometown of Hiroshima in 1945 when he was seven years old. But he stressed that he did not want to be labeled "the designer who survived." "I have tried, though unsuccessfully, to leave it behind, preferring to think of things that can be created, not destroyed. To things that bring the beauty and joy. I tended to the field of clothing design, also because it is a creative, modern and optimistic format."

Issey Miyake died on August 5, according to the Japanese news agency Kyodo. The Asahi Shimbun newspaper and other Japanese media reported that the cause of death was said to be liver cancer, DW reports.