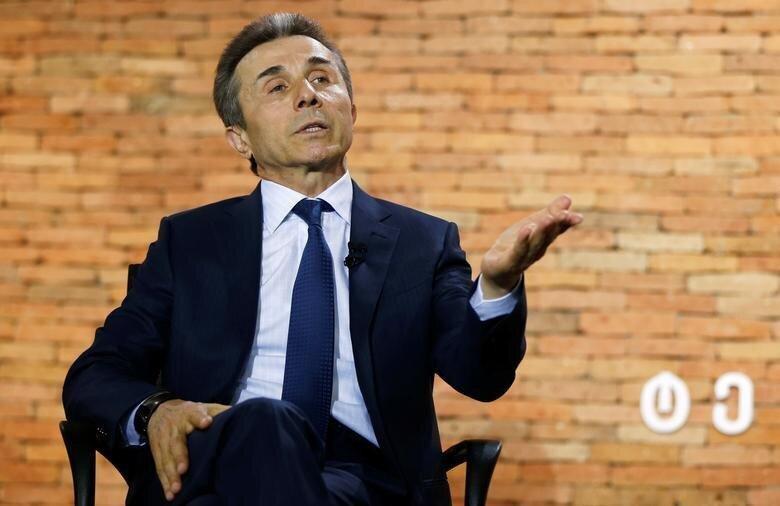 It may be a conscious or subconscious hope of our team and general public as well that Bidzina Ivanishvili will once again stand by the side of the country, if need be, - Georgian Prime Minister Irakli Garibashvili noted in his open letter. BMG offers an integral text of the Prime Minister’s statement:

I deem obliged towards the general public to respond to the so-called campaign launched by our internal or external political opponents about de-oligarchization, which, on the one hand, is a completely unsubstantiated accusation against Bidzina Ivanishvili and, on the other hand, aims to discredit the current system of governance in Georgia.

As they have no evidence of Bidzina Ivanishvili's involvement in politics, the main "evidence" of the so-called oligarchic rule is reportedly pointing at the fact that I and several advanced members of our political team entered politics exactly under his leadership.

Initially, let me recall that I got employed at the Cartu Group on the grounds of an open contest and that is when I first met Bidzina Ivanishili. Naturally, I had a close interaction with him as a CEO of the Charity Foundation of Cartu Group. That is when the relationship grew into friendship between our families, which is a profound pride for my entire family. Also, my personal friendship with Bera [Ivanishvili] is my extraordinary pride. I wish to explain to the general public that our families have a periodic communication with each other by taking into account this sheer relationship. For instance, some time ago, my wife sought advice and guidance on a matter related to healthcare from the wife of Bidzina Ivanishvili. Nothing could be of Such communication Naturally, if I had such communication with Bidzina Ivanishvili from time to time, there would be nothing reprehensible in this either.

When Bidzina Ivanishvili made a statement about his entry to politics back in 2011, I did not hesitate even for a second. Of course, I had conceptualised the risks related to my decision there and then. Nevertheless, not only for my sheer attitude towards Bidzina Ivanishvili, but in the best interests of the country, I made a decision without any further thinking and got actively involved in the break-through fight for democracy.

Apart from me, there were many other representatives of the Cartu Group engaged in this fight, of course. Some of them are still active members of our political team. Threats and pressure were used to not only stop us, but to dismantle the corporate structure of Cartu as well. Nevertheless, our team fought till the very end and survived the pressure by defeating the abusive rule.

There were some, who failed to withstand the pressure and not only fell in the fight, but even left Cartu. Few even emigrated. However, due to the scarcity of due human resources, some of them – e.g. Giorgi Kvirikashvili and Dimitry Kumsishvili were rewarded by Bidzina Ivanishvili for their professionalism and – got cabinet portfolios in the new government.

Nobody can blame anyone for leaving Cartu in 2011-2012 as each of us were subject to the pressure of a tremendous scale and magnitude. General public is well aware, my father-in-law was jailed as soon as I got involved in the political process and a message was thereafter communicated to me that he would be released if and when I would leave Bidzina Ivanishvili’s team.

Of course, Bidzina Ivanishvili was the role model of fight and fearless bravery to us his fellow fighters at every occasion and personal examples demonstrated by him empowered us most of all.

However, the struggle and courage of each member of the team is worth mentioning separately. Often everything is reported as if Bidzina Ivanishvili won the elections and distributed positions to the members of the team as a mercy. Of course, the merits of Bidzina Ivanishvili exceeded those of any other members within the team, but I would like to remind everyone that Vakhtang Gomelauri, Anzor Chubinidze and others shaped their own success in serving the country, first of all, at the expense of their self-sacrifice and professionalism.

I led to the entry of Vakhtang Gomelauri to the Ministry of Internal Affairs in 2012 and he served as Deputy Minister. Anzor Chubinidze, man of greatest integrity and a professional law-enforcement officer, joined our team in 2012 to serve the nation. When one is choosing people for the governing positions, naturally, one cannot bring in strangers, and first of all, one relies on those who went through the hardest battle together and handled their work with a high degree of professionalism. From this point of view, both Vakhtang Gomelauri and Anzor Chubinidze were outstanding and it is exactly why they maintained high positions within the government for so many years. A few weeks ago, when Vakhtang Gomelauri presented a performance report at the plenary of the parliament, the opposition MPs failed to ask even one proper question about the activities of the Ministry of Internal Affairs, which shows that he is managing the system in the best manner.

Same applies to the head of another security agency. Grigol Liluashvili stood on the front line of the struggle in 2011-2012 and currently leads the State Security Service with an excellent level of professionalism.

Naturally, when our internal or external political opponents talk about de-oligarchization, it is particularly humiliating to me. According to constitutional theory and practice, the political leader of the country in a parliamentary republic is the prime minister, and he is accountable towards fellow citizens to perform his duties independently of any excessive influence. When someone claims that the Prime Minister is part of a farce and is actually managed by a person who decided to quit politics in January last year, it insults not only me but the country as well.

The false accusation about the oligarchic rule made by the political opponents against Bidzina Ivanishvili on the one hand and towards the national authorities on the other hand are utterly incompatible with the rules of game left by Bidzina Ivanishvili.

I would like to remind the general public that the most senior government officials at the Ministries of Defence, Foreign Affairs, Justice, Finance and Healthcare have never met or know Bidzina Ivanishvili. He met most of the leaders of the parliamentary team, including the chairman of the parliament and the head of several key committees only on the day of their nomination prior the parliamentary elections. It is total farce and absurd to talk about Bidzina Ivanishvili managing and controlling the government and parliament in the given circumstances.

I would also like to remind you that even after leaving the team, my predecessors - Giorgi Gakharia and Giorgi Kvirikashvili - denied allegations about the interference of Bidzina Ivanishvili in the affairs of the Prime Minister of Georgia.

In such conditions, an objective observer can only have a hypothetical doubt that Bidzina Ivanishvili could have been involved in making specific key decisions of any kind. In current circumstances there can be only two such key decisions: staying away from imposing sanctions against Russia and keeping the country out of war.

I will not talk much about sanctions and war today. Like other members of our political team, I naturally have to be careful about wording. I will say only one thing: if some think that we stayed away from imposing sanctions at the behest of Bidzina Ivanishvili and kept the country out of war at his behest, they are totally wrong. We do not need advice or dictation from anybody on this issue within the team. The reason is simple - we love our homeland and wish no disastrous war for it either. Thus, the team made independent decisions on these matters and complete unanimity has been the guiding principle for us in this.

As I mentioned earlier, the team does not make operational or key decisions at the dictate of the former leader who has retired from politics. Under the given circumstances, authors of the misinformation campaign should make sure to clarify what they mean by oligarchs and de-oligarchization.

Today, Georgia has impressive results in all directions. Against the background of the most challenging situation in the region and the entire continent, along with the most difficult security and economic challenges, as well as the permanently destructive conduct of the radical opposition, Georgia maintains peace, stability and a double-digit economic growth indicator. Of course, all this is thanks to the rules of the game left by Bidzina Ivanishvili to the country. If they call this oligarchization and want to punish him for this, they should say so directly.

One of the prominent representatives of our society wrote a few days ago that Bidzina Ivanishvili acted as a grandmaster of politics by putting the opposition in a vulnerable position. Indeed, he did not leave the rules of the game or hint on next moves to our opponents. This is a situation where Bidzina Ivanishvili neither makes moves nor gives opponents a chance to make any moves against the country.

Of course, the most accurate analysis of the situation by the society contributes to this conclusion. Citizens of the country gained a lot of experience during the past 30 years. People are now in the position to make correct choices between black and white, rules of game drawn by the United National Movement (UNM) and those left by Bidzina Ivanishvili; choice is thus between who wants war and who wants peace for Georgia, who wants chaos and who wants stability, who wants regress and who wants the progress and development of the country. That is why, our political opponents failed to mislead the people and gain their support, irrespective of their attacks towards the authorities from multiple sides.

The rules of game left by Bidzina Ivanishvili and experiences of the society are two factors that leave no chance of success to our political opponents. In such conditions, I would advise the United National Movement (UNM) and its internal and external partners to adapt to the current situation - peace, stability and double-digit economic growth. They should conceptualise that no matter how much they try, they cannot involve Georgia in the war. They need to understand that when one has no move left, it is always better to change tactics and stop to eventually save prospects for a new game", - the letter reads.