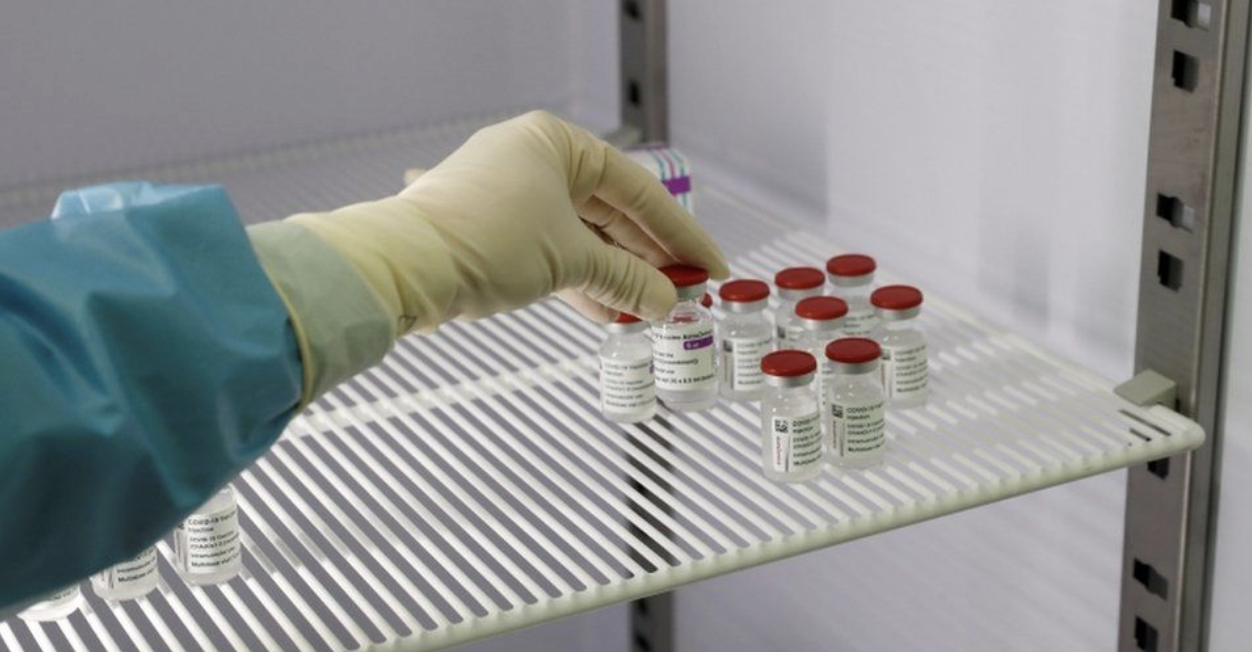 Back
The Italian government has blocked the export of an Oxford-AstraZeneca vaccine shipment to Australia.
The decision affects 250,000 doses of the vaccine produced at an AstraZeneca facility in Italy.
Italy is the first EU country to use the bloc's new regulations allowing exports to be stopped if the company providing the vaccines has failed to meet its obligations to the EU.
Australia said losing "one shipment" would not badly affect its rollout.

But it has asked the European Commission, which reportedly backs Italy's move, to review the decision.
AstraZeneca is on track to provide only 40% of the agreed supply to member states in the first three months of the year. It has cited production problems for the shortfall.
In January, then Italian Prime Minister Giuseppe Conte described delays in vaccine supplies by both AstraZeneca and Pfizer as "unacceptable" and accused the companies of violating their contracts.
The EU has been widely criticised for the slow pace of its vaccination programme.
Under the EU vaccine scheme, which was established in June last year, the bloc has negotiated the purchase of vaccines on behalf of member states.
There has been no official comment on the Italian move by the EU or AstraZeneca.
Australia began its vaccination programme last week using the Pfizer/BioNTech vaccine. It was due to start inoculations with the AstraZeneca jab on Friday.
What does Italy say?
The Italian government approached the European Commission last week to say that it was its intention to block the shipment.
In a statement on Thursday, the foreign ministry explained the move, saying it had received the request for authorisation on 24 February.

It said that previous requests had been given the green light as they included limited numbers of samples for scientific research, but the latest one - being much larger, for more than 250,000 doses - was rejected.
It explained the move by saying that Australia was not on a list of "vulnerable" countries, that there was a permanent shortage of vaccines in the EU and Italy, and that the number of doses was high compared with the amount given to Italy and to the EU as a whole.
What does Australia say?
"Australia has raised the issue with the European Commission through multiple channels, and in particular we have asked the European Commission to review this decision," Health Minister Greg Hunt said.
Australia said it had already received a shipment of 300,000 doses and planned to begin local production next month.
"Domestic production starts with 1 million [doses] per week of deliveries from late March and is on track," Mr Hunt said.
"This [Italy] shipment was not factored into our distribution plan for coming weeks."
Source: BBC
Italy AstraZeneca covid19 vaccine Australia