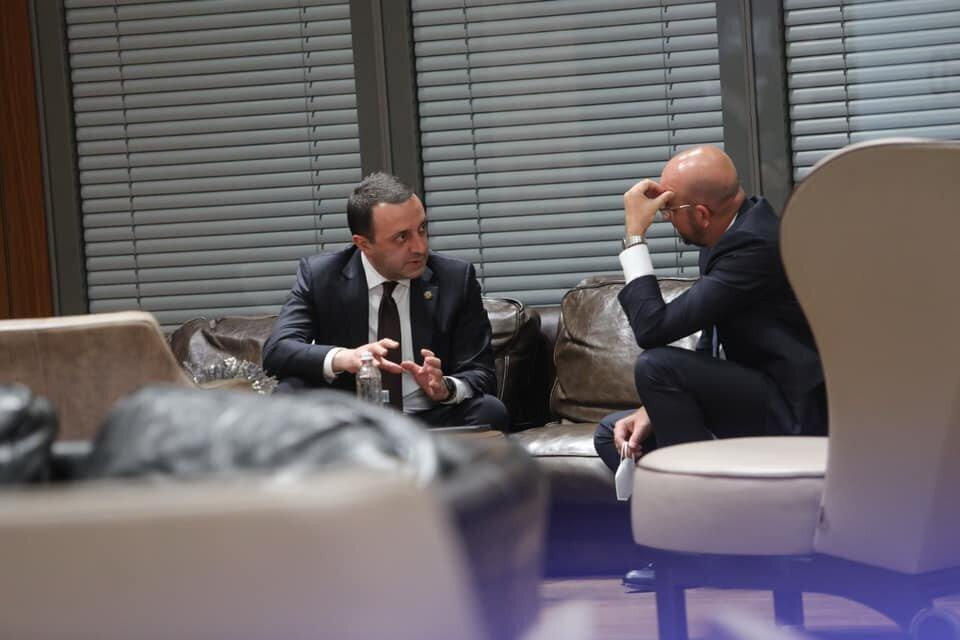 Back
"Underlined to prime minister Irakli Gharibashvili that reforms are as needed as ever. The deadline for disbursement of macro-financial assistance is looming and it is time for the Georgian government to demonstrate its commitment to the agreements and notably the reform agenda," - European Council President, Charles Michel, wrote on Twitter about the meeting with the Prime Minister of Georgia Irakli Gharibashvili in Kyiv yesterday.

European Council President was the main mediator in the negotiations between the government and the opposition after the opposition recognized the results of the 2020 parliamentary elections as illegitimate and boycotted the parliament.
After several months of negotiations, an agreement document was signed in April 2021, which was annulled by the Georgian Dream in July.
Both before and after the signing of the agreement, the MEPs discussed the suspension of macro-financial assistance to Georgia.
Georgia received its first tranche of assistance from the European Commission last year to deal with the pandemic. The next part is planned to be accepted by the end of the current year.
Irakli Gharibashvili Charles Michel European Council April 19 Agreement macro-financial assistance