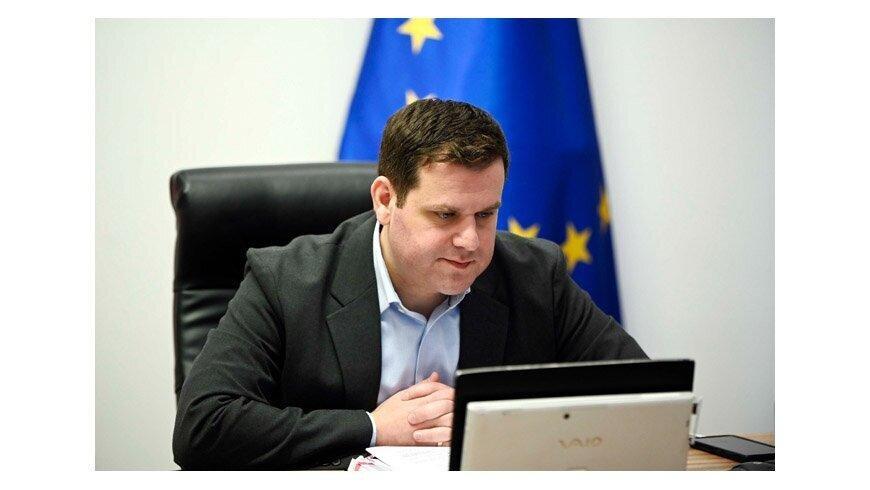 Back
Trade and economic relations between Georgia and the Czech Republic were discussed by the Deputy Minister of Economy and Sustainable Development of Georgia, Genadi Arveladze and the Deputy Minister of Industry and Trade of the Czech Republic,  Martina Tauberová, during the online meeting which was also attended by the representatives of various government agencies and heads of diplomatic missions.
Genadi Arveladze thanked the representative of the Czech Republic for the assistance in the fight against the Covid-19. As the Deputy Minister noted, the Czech Republic’s support in overcoming the post-pandemic challenges is also noteworthy.
It was noted that the pandemic has already had a negative impact on the trade turnover between the two countries. As a result, the parties agreed to encourage exporting companies to enable them to enter each other's markets more actively and successfully. To this end, it was decided to organize trade missions and business forums in both countries.
The parties agreed that a delegation of companies working in the field of healthcare will visit Georgia at the end of this May, organized by the Embassy of the Czech Republic in Georgia. During the visit, meetings with local businesses are planned, where the prospects of investing in the Georgian healthcare sector from the Czech Republic, as well as the establishment of joint Georgian-Czech companies will be discussed.
According to Genadi Arveladze, the Czech Republic is one of the largest investors in Georgia, cooperation in the health sector will take economic relations to a new stage. The Deputy Minister of Economy and Sustainable Development of Georgia welcomed the idea of holding the forum and expressed hope that in May, businesspersons of the two countries will be able to offer interesting business ideas and projects to each other.

The meeting also focused on the cooperation in the field of tourism. Positive dynamics that exist between the countries in this sector were noted. Special attention was paid to direct flights between Georgia and the Czech Republic, which especially contributes to the increase of the tourism dynamics.

Taking into account the current epidemiological situation, the parties also agreed to hold another regular meeting of the Intergovernmental Economic Commission of the two countries in Georgia to discuss the priority economic issues. The last meeting of the Commission was held in the Czech Republic in 2019.
Trade Investment georgian economy Genadi Arveladze Czech Republic trade relations