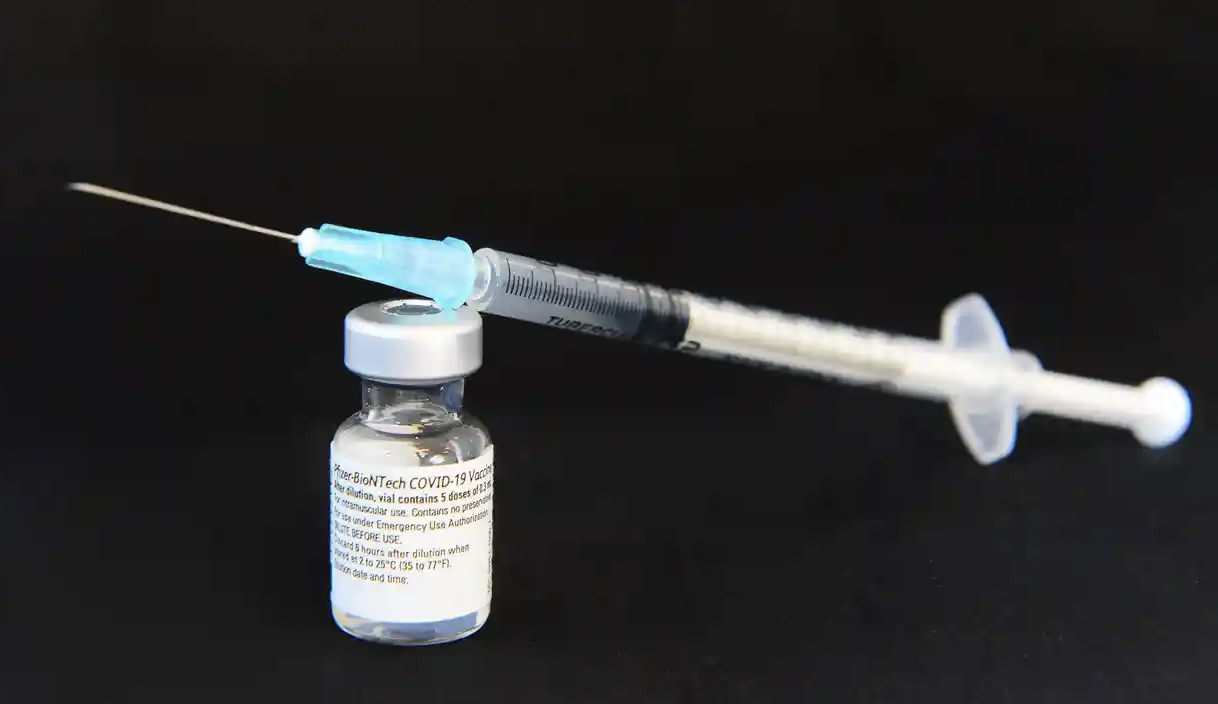 Back
Millions of people in Japan will not receive Pfizer’s coronavirus vaccine as planned due to a shortage of specialist syringes – an oversight that could frustrate the country’s inoculation programme.
Standard syringes in use in Japan are unable to extract the sixth and final dose from each vial manufactured by the US drugmaker, according to the health minister, Norihisa Tamura.
Japan has secured 144m shots of the Pfizer vaccine – enough for 72 million people – on the assumption that each vial contained six doses.
Each recipient requires two jabs, three weeks apart, to increase the level of protection, according to Pfizer.
But a shortage of low “dead space” syringes – which have narrow plungers that can push out any leftover vaccine – means vaccinators in Japan will have to use mainly standard syringes that are capable of extracting only five doses per vial, or enough for 60 million people.
“The syringes used in Japan can only draw five doses,” Tamura said, according to the Kyodo news agency. “We will use all the syringes we have that can draw six doses, but it will, of course, not be enough as more shots are administered.”
The government is requesting medical equipment manufacturers to increase production of the specialist syringes.
Japan is not alone in encountering the problem. The US and European Union countries have also reported a shortage of low dead space syringes, meaning there is likely to be strong competition to quickly secure additional supplies.
A Japanese health ministry official told Jiji Press: “When the contract was made, we were not absolutely sure that one bottle could be used for six shots. We can’t deny we were slow to confirm that.”
When Japan begins its Covid immunisation programme in mid-February – several months later than many other developed economies – health workers who are unable to extract the sixth dose will have to discard them, the government’s top spokesman, Katsunobu Kato said.
The government has defended its cautious approach to the vaccine rollout, which is expected to begin on 17 February, pending local approval for the Pfizer vaccine two days earlier.
Japan will begin by inoculating 10,000 to 20,000 frontline health workers, whose condition will be closely monitored for any side effects, followed by another 3.7 million health workers from mid-March.
The rollout for 36 million people aged 65 and over is not expected to begin until early April.
Just over 8 million people with pre-existing health conditions and 7.5 million aged 60-64 will also be given priority. The general population – people aged 16 to 59 – won’t begin receiving their jabs until around July, when Tokyo plans to host the postponed summer Olympics.
AstraZeneca requested approval for its vaccine last month, while the Moderna vaccine is not expected to receive regulatory approval until May.
In total, Japan has secured enough doses for 157 million people.
Source: The Guardian
coronavirus Pfizer Japan pandemic covid19 vaccine