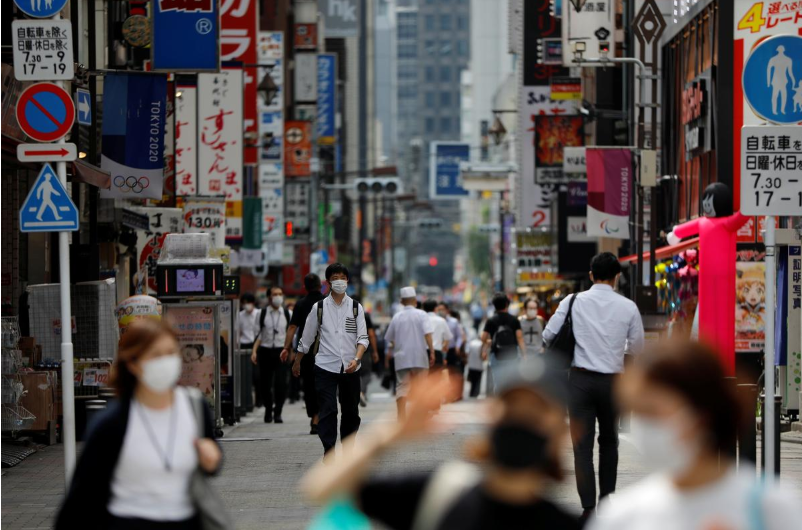 A multi-billion dollar Japanese campaign to boost domestic tourism faced scrutiny on Thursday with the economy minister due to meet experts as critics worried that encouraging people to travel out of Tokyo risks spreading the coronavirus.

The concerns in Japan highlight a conundrum facing countries around the world over how to balance reviving economies battered by the coronavirus while safeguarding public health.

Economy Minister Yasutoshi Nishimura is due to meet experts to discuss the government’s “Go To” campaign to promote domestic tourism, a day after Tokyo Governor Yuriko Koike questioned its timing and methods.

Japan has not seen the kind of explosive spread of the coronavirus that has killed tens of thousands in other countries. But new cases, in Tokyo in particular, have stoked alarm, with the city raising its coronavirus alert to the highest level.

Governor Koike said the capital was likely to see coronavirus cases top 280 on Thursday, in what would mark a record daily high for the city.

The government’s top spokesman, Chief Cabinet Secretary Yoshihide Suga, highlighted the devastating economic impact of the coronavirus on Japan’s regions with no foreign tourists because of a travel ban to keep the virus at bay.

“We hope the Go To campaign supports tourism and the food and beverage industry and brings about a social and economic recovery so that the regions can escape this severe situation,” Suga told a news conference.

Scheduled to kick off July 22, the campaign will see travellers get subsidies of as much as 50% to boost tourism-reliant economies outside major population areas.

Nishimura said he wanted to hear the panel’s opinions on containment measures, such as preventing large gatherings and ensuring ventilation in means of transport.

The government is keen to avoid a return to the stay-at-home restrictions that helped contain the virus but hurt the economy, putting it on course to shrink at its fastest pace in decades this fiscal year.

Opposition lawmakers and others have raised concern that with infections in Tokyo running at their highest level since the outbreak began, city folk could spread the virus through regions that have been relatively lightly hit.

“I don’t see why it can’t be delayed a bit, or it could be limited to certain regions,” said Ryuta Ibaragi, governor of Okayama in the west of the country, which has had just 29 infections out of Japan’s total tally of 23,000 cases.

“Based on the current situation with infections, I really want them to think again about the timing and method for implementing” the campaign, Koike said on Wednesday.

Underscoring the plight of the travel industry, overseas visitors to Japan totalled just under 4 million in the first half of the year, data showed on Wednesday, just a tenth of the government’s full-year target of 40 million.