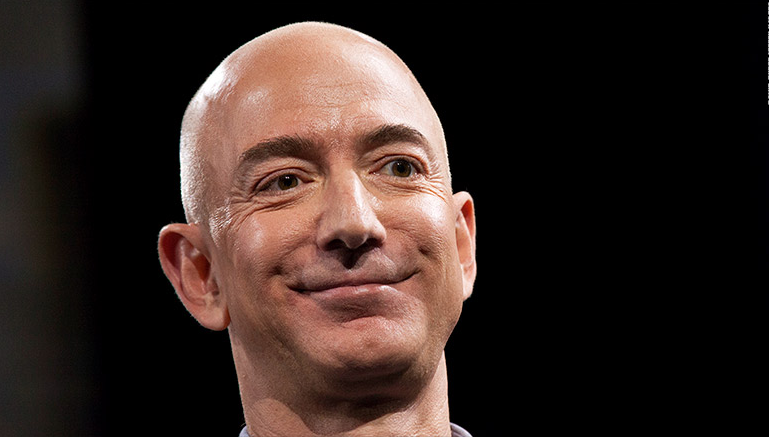 Jeff Bezos was already the world's richest man. Now his net worth has skyrocketed once again, setting another new record.

On Wednesday, the Amazon CEO's wealth reached an estimated $202 billion, according to the Bloomberg Billionaires index, as the company's shares soared. That's up about $87 billion since January.

The explosive growth in Bezos' fortune is being driven by his holdings in Amazon (AMZN). The company's stock is up about 25% over the last three months and 86% so far this year, according to data from Refinitiv.

Bezos, who founded Amazon in 1994, keeps breaking records with his wealth. In 2017, he became the richest person on the planet.

The billionaire isn't alone — other tech tycoons have been getting much wealthier throughout the pandemic as demand for their companies' goods and services continue to grow.

Earlier this month, Facebook (FB) CEO Mark Zuckerberg was dubbed a "centibillionaire," as his wealth surpassed $100 billion. Tesla (TSLA) CEO Elon Musk, with a net worth of $96 billion, is close to achieving that extraordinary status. Microsoft (MSFT) founder Bill Gates has already made it.

We must maintain trust of “NIKE" and "ADIDAS” - Adjara Textile

We are for strong Lari - Papashvili

Wizzair and Ryanair have the green light from us – Turnava

What challenges did Adjara Group talk at the meeting with PM?

"We have encouraged the PM" - President of BAG