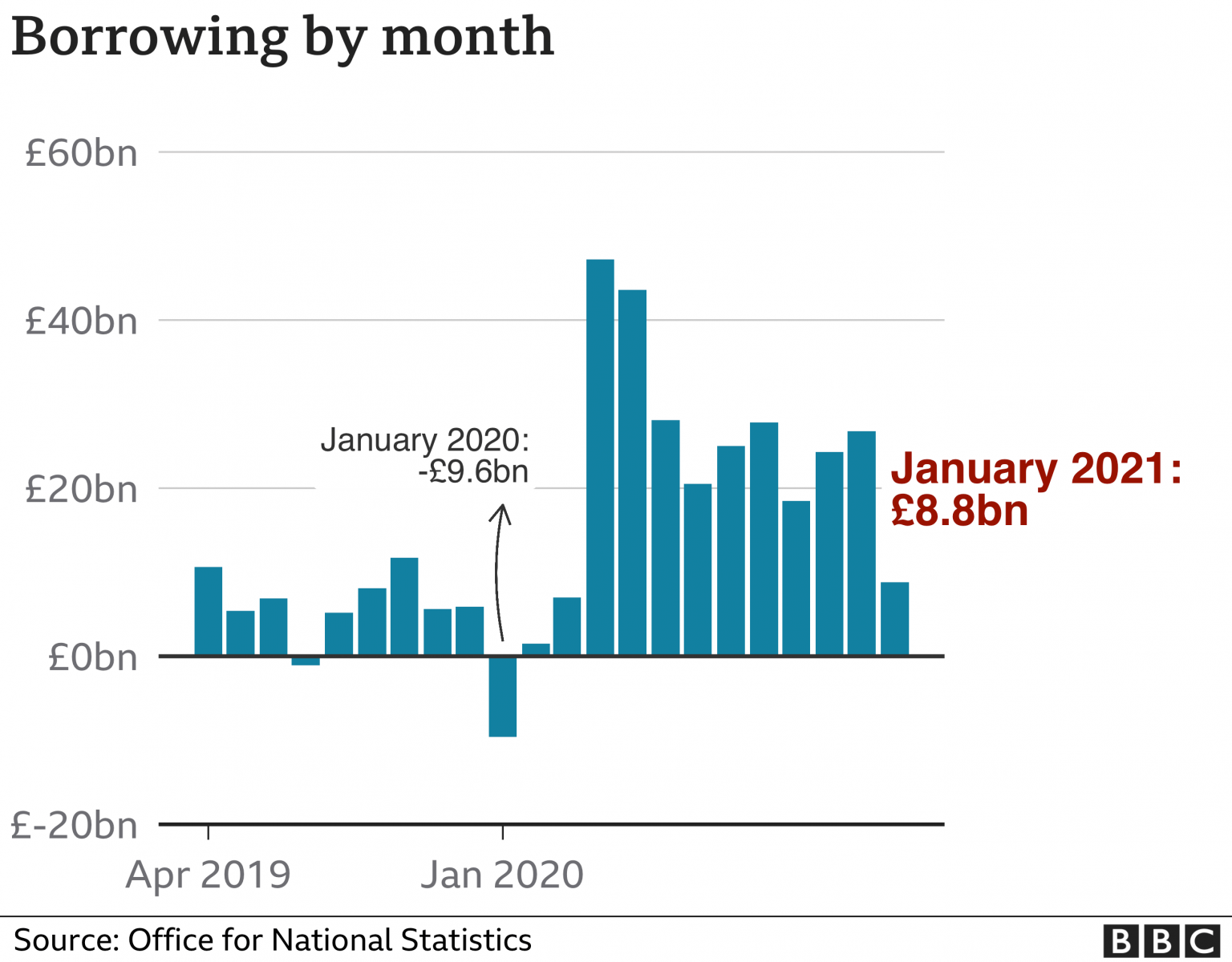 Back
UK government borrowing hit £8.8bn last month, the highest January figure since records began in 1993, reflecting the cost of pandemic support measures.
It was the first time in 10 years that more has been borrowed in January than collected through tax and other income.
January is usually a key revenue-raising month as it is when taxpayers submit their self-assessment returns.
Tax income fell by less than £1bn, but the government spent £19.7bn more than last year on measures such as furlough.
Government borrowing for this financial year has now reached £270.6bn, which is £222bn more than a year ago, said the Office for National Statistics (ONS), which published the data.The independent Office for Budget Responsibility (OBR) has estimated that borrowing could reach £393.5bn by the end of the financial year in March. That would be the highest amount in any year since the Second World War.
The borrowing figure was lower than expected but that "should not be interpreted as a signal that the economy is withstanding the third lockdown relatively well", said Samuel Tombs, chief UK economist at Pantheon Macroeconomics.
"A sharp £2.1bn year-over-year decline in interest payments, and the vanishing of contributions to the EU's budget, which totalled £2.2bn in January 2020, helped," he pointed out.
The increase in borrowing has led to a steep increase in the national debt, which now stands at £2.11 trillion.
The UK's overall debt has now reached 97.6% of gross domestic product (GDP) - a level not seen since the early 1960s.
Source: BBC