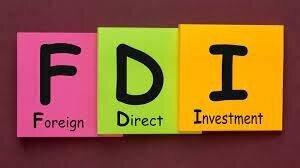 Back
In 2020, during the pandemic, Kazakhstan managed to attract US$ 17.1 billion of foreign direct investments. While FDI in the global economy drop by 42%, the reduction in Kazakhstan stood at 30%.
“The unprecedented crisis that broke out during the pandemic created the prerequisites for a "perfect storm", making significant changes in the architecture of trade and economic relations in the world. Unfortunately, the COVID-19 pandemic has again actualized in international practice such seemingly obsolete phenomena as national egoism, regionalism, protectionism, setting the opposite course of globalization, "said Almas Aidarov, Deputy Foreign Minister of Kazakhstan, Kazakhstan Today reports.
Thus, Aidarov noted, by the end of 2020, the volume of foreign direct investment in the global economy decreased by 42%.
As a result of timely assumed measures, in 2020 Kazakhstan managed to attract US$ 17.1 billion of foreign direct investment, leveling the decline in foreign capital inflows to 30%,” said Aidarov.
In his words, over the past 10 years, the annual inflow of investments to Kazakhstan averaged about US$ 22-24 billion, with the exception of the 2015 and 2020 crises years.
“Moreover, last year our efforts were aimed at preventing the freezing of projects that were launched before the pandemic period. As a result, we can note putting into service of 41 investment projects with foreign participation totaling US$ 1.6 billion with the creation of more than 7,000 jobs," Deputy Minister added.
Among the projects mentioned are the construction of a new airport in the Turkestan region, a hotel complex in Aktau, a solar power station in the Zhambyl region, as well as the production of technical gases in the Karaganda region.
Kazakhstan FDI Global Economy