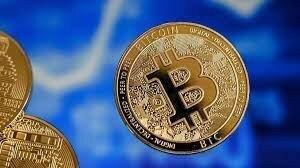 Kazakhstan’s bitcoin mining has dramatically surged into third place on the global market as the country’s share reached 8.2 percent in April, reported the Cambridge Centre for Alternative Finance.

The sixfold increase occurred in Kazakhstan between September 2019, when the country’s mining share was 1.9 percent, and this Spring, Astana Times reports.

For example, Chinese mining company BIT Mining Limited announced on June 22 a successful delivery of the first out of three batches of equipment for mining cryptocurrencies to Kazakhstan, reported Informburo.

Earlier this week, the Astana International Financial Center (AIFC) announced its pilot project on opening bank accounts for cryptocurrency in the country.

In order to further its advantage on the global mining market, Kazakhstan will need to create relative advantages in mining conditions while also maintaining close control of the situation.

In light of this recent development of the mining industry in the country, Kazakh President Kassym-Jomart Tokayev signed a law on the taxation of miners on June 24, 2021. The law will enter into force on January 1, 2022.

According to the document, the new rules introduce an additional fee of 1 tenge per 1 kilowatt hour of electricity consumed during mining. This legislative decision could be interpreted not as a barrier for the migration of new miners to Kazakhstan but as a necessary measure taking into account the processes of tightening control over miners around the world.

The experts explain the sudden change in the crypto mining situation in Kazakhstan with the continuous restrictions on Bitcoin computational processes by the Chinese government that escalated into the latest harsh measures announced in June. This caused China’s share to drop from 75.5 percent in September 2019 to 46 percent in April.

The U.S. is currently in second place with 16.8 percent, while Russia and Iran complete the top five with 6.8 and 4.6 percent respectively.

An important aspect of the increased bitcoin mining in Kazakhstan is that the growing crypto mining industry relies primarily on fossil fuels, which might present future difficulties considering the country’s dedication to expanding its renewable energy sources and pivoting towards a greener economy by 2030.