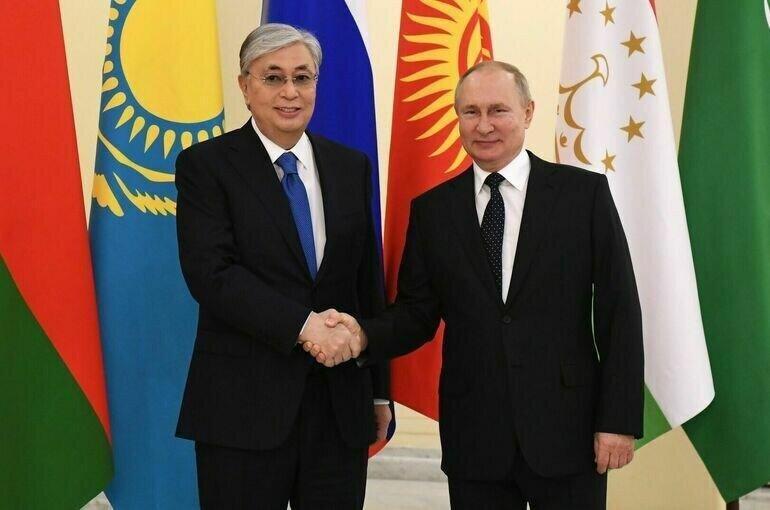 Toqaev, who last week at a summit of the Moscow-led CSTO security bloc in Armenia called for "a formula for peace," has allowed tens of thousands of Russians fleeing a military mobilization in Russia into Kazakhstan.

He also declined this summer to recognize the Kremlin's declaration of four partially controlled Ukrainian regions as sovereign states.

But Toqaev said at the start of his meeting with Putin on November 28, the Kazakh president's first trip abroad since being reelected earlier this month, that his choice to visit Moscow was symbolic and the ties between the two countries remained as strong as ever.

"Indeed, my first foreign visit [after being reelected] takes place here, in the Russian Federation, and that in itself has political significance and, of course, a certain symbolism," Toqaev said, sitting next to Putin.

"For Kazakhstan, Russia is and always has been a strategic partner."

Putin told Toqaev that relations between Moscow and Astana had a "special character."

He called for a strengthening of economic ties, saying this was "especially timely now, when international trade is in crisis."

Putin said Russia and Kazakhstan have a "joint desire to develop our relations precisely in the capacity in which they have developed and will, of course, develop in the future."

Russia is Kazakhstan's largest trading partner and Astana has voiced its desire to boost its transit role in the so-called North-South corridor between Russia and Iran.

Toqaev was reelected for a second term earlier this month, winning by a large margin after facing no real opposition candidates, RFE/RL reports.