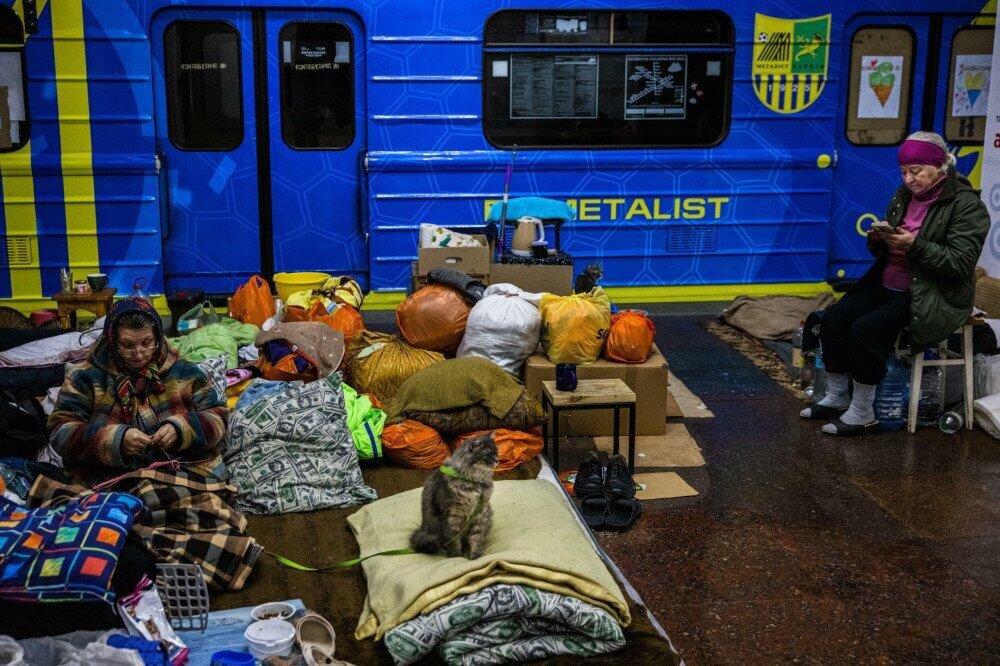 Ihor Terekhov, the mayor of the northeastern Ukrainian city of Kharkiv, said the city's subway system would resume operations today, after months of serving as a shelter for citizens looking to escape Russian bombardment.

"We will open the subway," Terekhov said in remarks on television. "All lines will be launched. Subway traffic will be from 7:00 am to 7:00 pm. The intervals won't be the same as in peacetime. The subway depot was damaged during the bombing and shelling, so the intervals will be longer."

During the height of the Russian bombardment of Kharkiv — Ukraine's second-largest city — many residents of Kharkiv took refuge in the city's metro system. Terekhov said many of those who remained underground had been relocated in dormitories, in areas further away from shelling.

"If necessary, people can use the subway as a bomb shelter, especially subway underpasses," Terekhov said.

The subway in Kharkiv became a shelter in the opening hours of Russia's invasion on Feb. 24. Residents occupied benches, steps, and station floors, as well as subway cars, CNN reprots.