Khazaradze: Kutaisi Airport must become International Hub and Stock Exchange should be placed at the Parliament Building 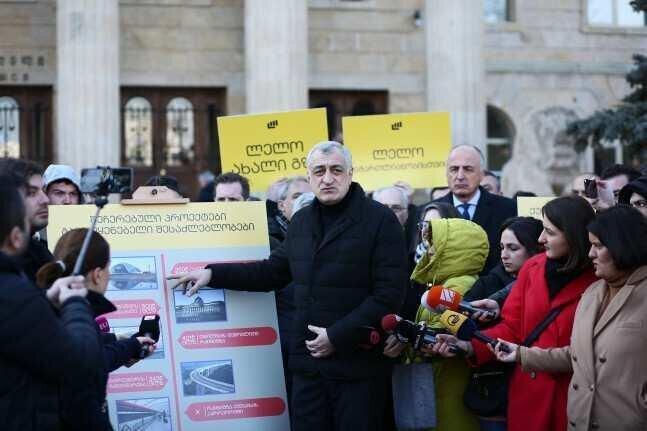 Mamuka Khazaradze, founder of "Lelo" presented a program for the country's economic development. According to Mamuka Khazaradze, the Lelo program envisages two important projects in Kutaisi, the first involves placement of the stock exchange in the former parliament building in Kutaisi and the second is becoming Kutaisi Airport into a new international hub.

Mamuka Khazaradze says that due to the political controversy, today many infrastructure projects are left out of function.

“Over 350 million GEL has been spent on construction of Kutaisi Parliament building, while 500 million GEL –on the President Palace. We pay funds for keeping these buildings, while they are gradually destroyed. Georgian Dream could not make infrastructural projects cost of 345 million GEL through 8 years, while they have claims related to the implementation terms of Anaklia Project”, - Mamuka Khazaradze declares.

Turkiye’s inflation climbs to over 83% in September

There is no portrait of Nazarbayev on new T20 thousand banknote