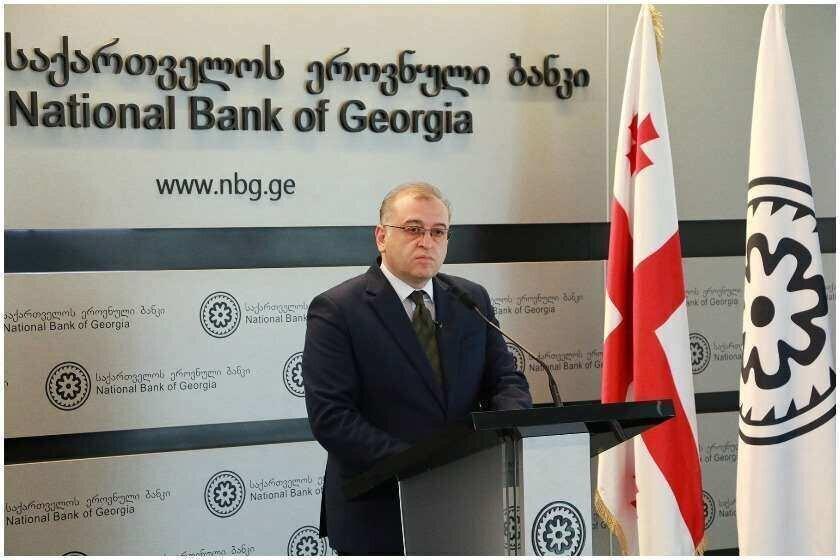 Although it is impossible to say where the balance rate of this or that currency is in the conditions of floating exchange rate, the President of the National Bank, Koba Gvenetadze says that in all probability, the lari has depreciated more than the equilibrium today. According to Gvenetadze, after overcoming the uncertainty related to the pandemic and overcoming the traditional pre-election agitation, the rate will return to its equilibrium mark.

The President of the National Bank wrote about it on the social network and responded to the criticism of the public regarding the foreign exchange interventions carried out by the Central Bank.

Recently, such statements are often made: "The National Bank sold XX million dollars, but still could not strengthen the lari." This is wrong. I would like to clarify that the purpose of the National Bank's interventions is not to strengthen or devalue the lari. We would like to remind you that Georgia has a floating exchange rate regime, which is an optimal choice for a small, open economy like ours. Interventions carried out during the pandemic will not interfere with the market behavior of the lari.

The impact of the pandemic on the Georgian economy was mainly reflected in the almost complete disappearance of revenues from tourism. The country's economic team has attracted large amounts of foreign currency aid in the shortest possible time to help the pandemic-damaged economy, part of which will be provided to the economy in stages this year and possibly in the first half of next year, through a program agreed with international financial institutions.

Statements of the above and similar spirits, willingly or unwillingly, push people and businesses to make the wrong decisions and, in the end, only hurt them. Therefore, it is desirable to understand that the whole world, as well as Georgia, is going through an unprecedentedly difficult period. "By taking the right steps against to overcome this challenge - which the National Bank has experience with - we will overcome this crisis with minimal costs," Gvenetadze wrote.