Koba Gvenetadze: the NBG’s respond to the inflation is not delayed 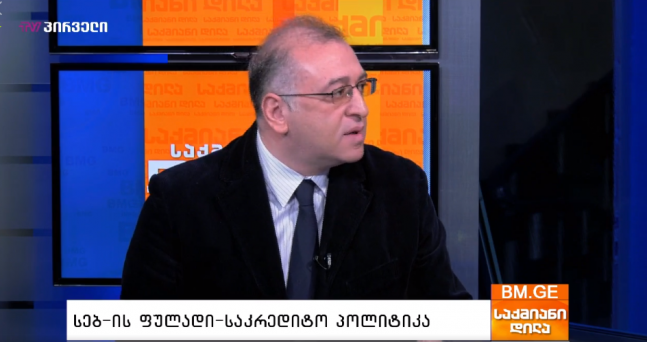 Irakli Kovzanadze, chairman of the Parliament's Finance and Budget Committee has noted at the Committee Meeting, held on November 20, that the National Bank has delayed to make effective steps related to the inflation. Simultaneously, he also called on the National Bank to "return to reality."

In response to this criticism, Koba Gvenetadze said they tightened their monetary policy after rising inflationary expectations emerged on the market. The NBG assesses these expectations by observing a number of indicators, including the core inflation rate, interest rates change, as well as price change on the government securities. According to Koba Gvenetadze, the Monetary Policy Committee made the appropriate decision after the indicators showed inflation expectations were rising.

"In my opinion, the National Bank’s respond is not delayed. For sure, I stated my position with corresponding arguments at the parliament. I frequently announce my position on various issues for media, as well as parliament members. Let’s look the situation, unfortunately the inflation is above the target but I repeatedly state, that our mandate is to have alignment to a medium-term inflation”, Gvenetadze notes.
Since September, the NBG has increased its monetary policy rate by 2 percentage points. Currently the refinancing rate is 8.5%.

International Monetary Fund (IMF) mission predicts inflation to rise to 7.2% by the end of 2019.