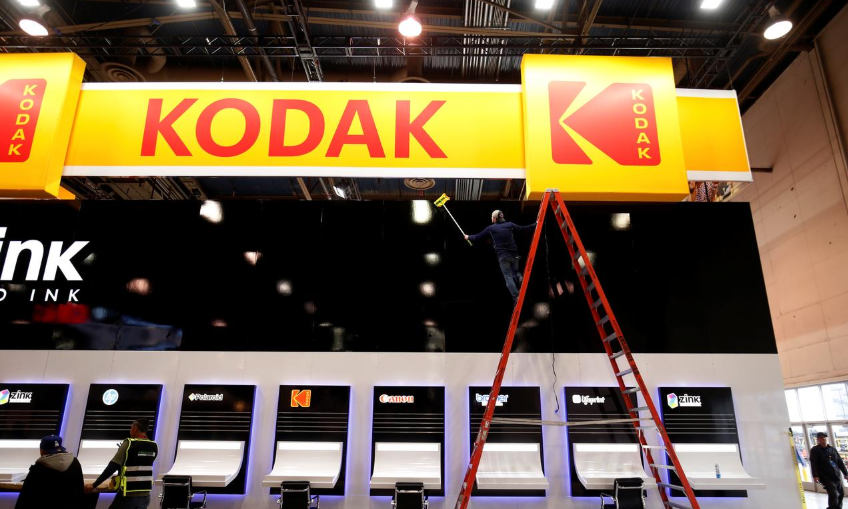 Eastman Kodak Co CEO Jim Continenza added $79 million to his net worth on Wednesday when his options in the imaging company turned from worthless to lucrative thanks to a U.S. government loan for a pharmaceutical ingredients supply deal that super-charged the value of his shares.

Kodak’s stock increased 1,167% in value in two days, after the administration of President Donald Trump agreed to provide a $765 million loan for the company to produce pharmaceutical ingredients to help fight the coronavirus pandemic. Trump announced the deal at a news conference on Tuesday evening.

Continenza’s stock options, granted to him when he became Kodak’s CEO and executive chairman in 2019, had no value on Monday, but were worth $59 million on Wednesday following the rally in the stock, according to an analysis by compensation consultant Farient Advisors. Continenza also owned 650,000 Kodak shares as of June 23, which went up in value on the news by $20 million.

Kodak did not immediately respond to a request for comment.

Before news of the deal, Kodak, which emerged from bankruptcy in 2013, was only worth a little over $100 million. It ended trading on Wednesday with a market capitalization of $1.5 billion.

While Kodak’s rally enriched all its shareholders, more than half the company is owned by a few key insiders, including board directors Philippe Katz and George Karfunkel. They booked the majority of the gains in the company’s rise in market value.

Rochester, New York-based Kodak, founded in 1888, is best known for its cameras, which went out of favor with consumers as they turned to smart phones to take pictures. Kodak was also known for its film and film processing, businesses that dried up with the growth of digital photography.

This was not the first example of a U.S. government contract quickly enriching corporate executives. Stock options awarded to executives at U.S. vaccine maker Novavax Inc swelled in value after a $1.6 billion grant from the federal government last month.