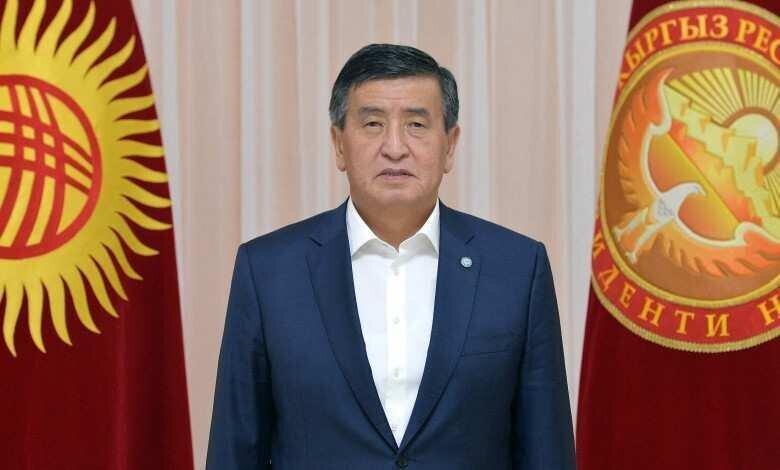 Back
Kyrgyzstan President Sooronbay Jeenbekov has decided to resign, according to the Kyrgyzstan President's administration.
"Socio-political life in our country is tense. Yesterday, the Supreme Council approved the government's new composition, the relevant orders of which I signed, but this did not ease the situation. Unfortunately, the aggression does not subside, and the demand for my resignation continues.
The current situation is approaching a bilateral conflict. On one side, protesters, and on the other - law enforcement agencies, which are responsible for using weapons to protect state residences. In this case, blood will be shed. It is inevitable. I urge both sides not to resort to provocative actions.
Dear citizens! For me, peace in Kyrgyzstan, its unity and tranquility, and its citizens are paramount. Nothing is more precious than the lives of our fellow citizens. I will not pursue power. I do not want to be left in the name of a bloodthirsty president who shoots at Kyrgyzstan and shoots his own people.
So I decided to resign.
I urge Japarov and other politicians to withdraw their supporters from the country's capital and restore a peaceful life for the people of Bishkek," - read the statement published by the President's Administration.
For the record, Kyrgyzstan's political protests have been going on for the second week after the parliamentary elections. The election results were declared illegal due to a large number of cases of falsification. The country's parliament elected Sadyr Japarov as Prime Minister on October 14, and President Sooronbay Jeenbekov approved his post.
Kyrgyzstan Sooronbay Jeenbekov

Georgia may sue the COVAX platform