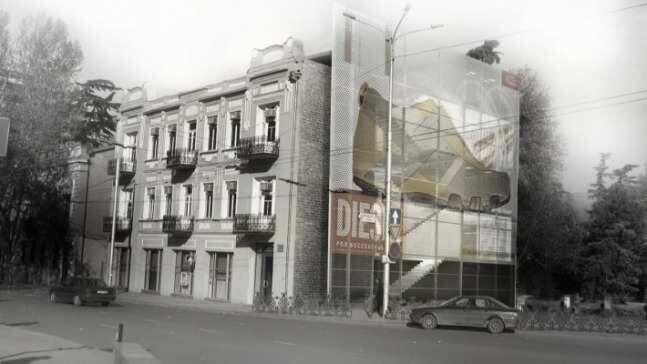 Lasha Papashvili will open European-style 4-star hotel in a year-and-a-half in Kostava str. near the Philharmonic.

The businessman talked about it to BM.GE and noted that it will be a 35-room boutique hotel.
"Currently the construction process is underway, which is expected to complete in March, but the renovations will take a year and a half, and this will be the same type as the one, we built in Sighnaghi, I mean Hotel Kabadoni. As for the investment, approximately 7-8 million GEL will be spent on reconstruction and construction”, - said Lasha Papashvili.

To note: the permit was first issued on March 16, 2009 on a real-estate reconstruction project, but it has been extended three times during these years.

Why the permit has been extended at the site since 2009, Papashvili explains, that there has been a problem with “red lines” at Tbilisi City Hall for years. Accordingly, the delay of the construction was due to that.