"Last year was very had for Georgian Airways" - Roman Bokeria 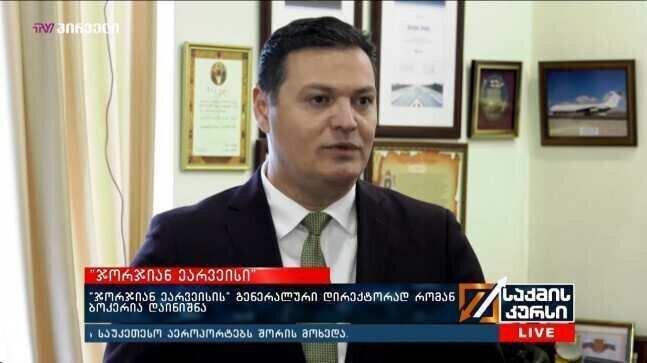 He considers that Georgian National Airlines operates under unfair conditions.

“The company's problems didn't start in 2020, it started in 2019. Last year was very had for Georgian National Airlines. Prohibition of flights from Russia has caused serious financial damage to our airline, in the range of approximately 26 million.

Since we were preparing for the summer season, we had attracted 4 new Embraers and one large Boeing aircraft, so those expenditures were calculated. We had contact with the government and demanded to restore fair conditions in the Georgian aviation. We think that the situation is unfair today. In agreement with the government, we launched flights to Europe in 12 new destinations and invested $ 20 million to add new flights. The government's promise at the time of Kvirikashvili's premiership was to co-finance flights by the government as it did in the case of Wizzair and Rainer. The government pays between 50 and 70 euros to the low-cost airlines for every passenger arriving in Georgia,” said Roman Bokeria.