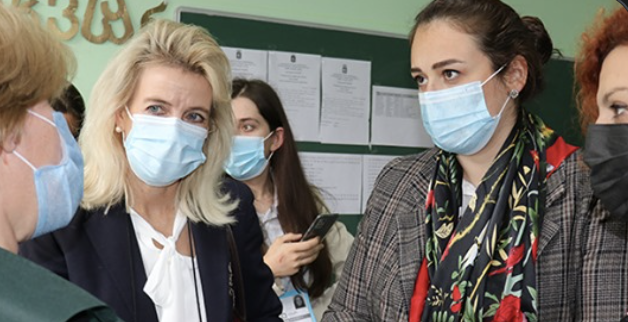 Back
Following reports of protests against the results of the 31 October parliamentary elections and clashes with the police in recent days in Tbilisi, Georgia, OSCE Special Co-ordinator and leader of the short-term OSCE election mission Elona Gjebrea Hoxha (MP, Albania) and Head of the OSCE PA Delegation Pia Kauma (MP, Finland) called on the protesters to refrain from violence and on the authorities to respect the fundamental freedoms of assembly and expression.
“While reiterating that the 31 October parliamentary elections were competitive and, overall, fundamental freedoms were respected, I have been following the recent protests taking place in Georgia with concern,” Hoxha said. “I welcome people exercising their right to freedom of expression but acts of violence cannot be tolerated. I call for the protests to be peaceful. At the same time, while I emphasize that the police have a duty to exercise restraint in responding to demonstrators, it is important for the authorities to listen to the voices of the protesters and to respect fundamental freedoms.”
“I urge all actors to engage in a constructive dialogue, to overcome the current polarization and to work together for stable political framework, while paying attention to the messages recently received by the international stakeholders” said Pia Kauma. "I would like to express my support to the Central Election Commission for an inclusive process in addressing alleged electoral violations," she added.
Secretary General Roberto Montella also stated: “Having observed elections in Georgia and followed the political developments in the country in the last two decades, I am confident that all stakeholders will exercise maximum restraint and demonstrate high sense of responsibility and their commitment to the common good, with the goal of building stronger democratic institutions and enhance public confidence.”
The OSCE PA deployed an election observation mission to Georgia for the 31 October parliamentary elections. The observation mission, a joint undertaking of the OSCE/ ODIHR, the OSCE PA, PACE, and the NATO PA, said that the technical aspects of the elections were managed efficiently, despite challenges posed by the COVID-19 pandemic, but the dominance of the ruling party in the election commissions negatively affected the perception of their impartiality and independence, especially at the lower levels.
The elections were conducted under a substantially revised legal framework, following broad public consultations that brought some improvements for the holding of democratic elections, but further efforts to address shortcomings are needed, the statement says.
According to the Central Election Commission, the recount process is underway to verify and clarify the precinct summary protocols’ data. As of 8 November 2020, results of 24 polling stations are already recounted in the District Election Commissions.
Elections2020 OSCE