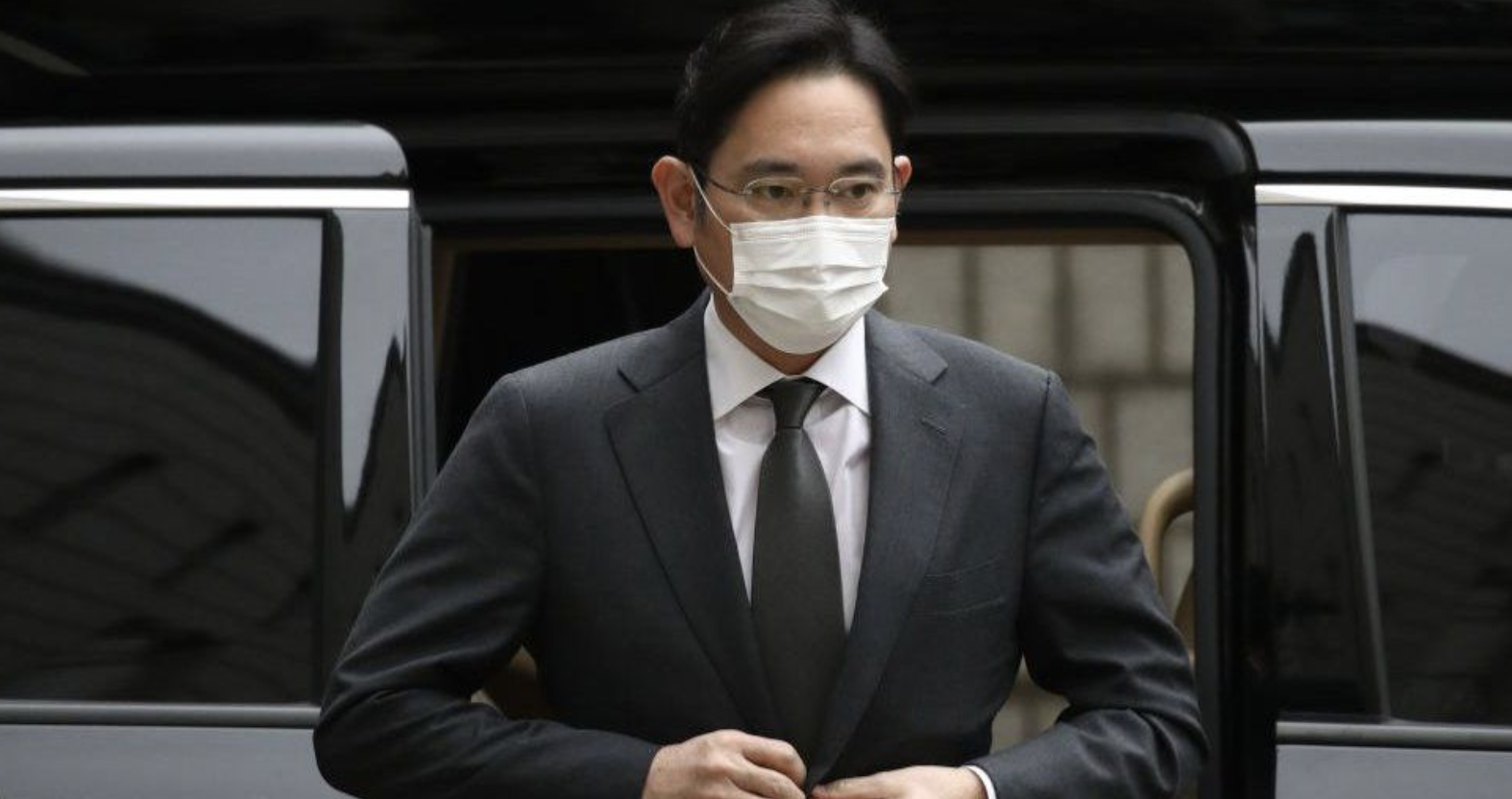 Back
Samsung heir Lee Jae Yong has been sentenced to two years and six months in prison by a high court in South Korea.
The bribery case is a retrial of an earlier one involving the country's former President Park Geun-hye, who was also jailed for bribery and corruption.
Lee has been the de facto head of Samsung Electronics since 2014.

The ruling is likely to have ramifications for the future of his role at the tech giant.
News of the sentence sent Samsung electronics shares more than 4% lower before they began to claw back some ground.
Lee's jail term will at least temporarily side-line him from decision making at the conglomerate.
Experts say the sentence could create a leadership vacuum and hamper Samsung's decision-making on future large-scale investments.
"It's really a huge blow and a big crisis for Samsung," Kim Dae-jong, a business professor at Sejong University, told news agency AFP.
Lee assumed leadership of the company when his father Lee Kun-hee was hospitalised following a heart attack in 2014.
The elder Lee died last year, leading to speculation that there would be a shake-up at Samsung as his heirs could be forced into asset sales or dividend payments to cover a massive inheritance tax bill.
'Repeatedly involved in crimes'
According to the court's verdict, Lee "actively provided bribes and implicitly asked the president to use her power to help his smooth succession" at the head of Samsung.
"It is very unfortunate that Samsung, the country's top company and proud global innovator, is repeatedly involved in crimes whenever there is a change in political power."
The court found Lee guilty of bribery, embezzlement and concealment of criminal proceeds worth about 8.6 billion won ($7.8m; £5.75m), and said the independent compliance committee Samsung set up early last year has yet to become fully effective.
Lee's defence team expressed disappointment with the decision.

"The nature of this case is the former president's abuse of power violating corporate freedom and property rights. Given that nature, the court's decision is regrettable," Lee's lawyer, Lee In-jae, told reporters.

Lee has already served time in detention which is expected to count toward the sentence - leaving 18 months to be served.
Second court battle
Lee faced legal troubles even as he stood on the cusp of becoming the leader of the global tech giant.
He was first arrested in February 2017 over his alleged role in a political and corporate scandal linked to South Korea's then-president, Park Geun-hye.
Samsung was accused of paying 43bn won ($37.7m; £26.7m) to two non-profit foundations operated by Choi Soon-sil, a friend of Park's, in exchange for political support - alleged to include backing for a controversial Samsung merger which paved the way for Lee to become eventual head of the conglomerate. The deal needed support from the government-run national pension fund.
Charges against Lee included bribery, embezzlement, hiding assets overseas and perjury - all of which he denied, saying Samsung did not want anything in return.
Source: BBC
Samsung