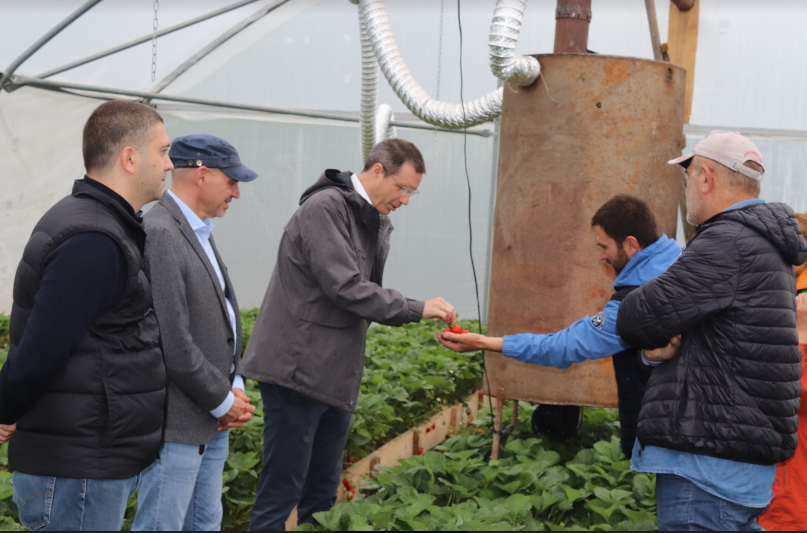 During the two-day visit in Upper Svaneti business potential was identified, in three areas:

Organic Strawberries are in high demand on the local markets. The product is often pre-purchased by local confectioneries, food outlets and guesthouses. Last year’s full harvest was immediately sold locally with a price range from 10 up to 25 GEL. Business initiative “Kesane Strawberry” is a vivid example of a profitable and long-term sustainable intervention with the support of the European Union, Sweden and Austria in the frame of the GRETA project.

"Svaneti - the infinite discoveries and Svaneti as the essence of the Caucasus and the roof of Europe" – these are the visions of the tourism grant beneficiaries living in the Upper Svaneti region. They elaborated a guidebook based on their own travel experience and collecting scientific archived materials. The guidebook owners will have an interesting and reliable guide to unforgettable adventures to discover Svaneti nature and culture. The publishing of the guidebooks are scheduled for the fall of this year that will be sold in the touristic areas and attract them to the indicated tourism destination places.

The concept "from farm to fork " was turned into a reality by two families living in the village of Lakhushdi and joining their forces to present the eco-tourism products. With the donor’s support, it is foreseen to have the unique accommodation with an eco-friendly environment. Furthermore, the farming equipment already purchased with the donor’s support was able to Increase labor productivity and expand cultivated area as well as for other 20 families living in the village.

"As a result of the visit, we have clearly seen that the joint assistance of the European Union, Sweden and Austria has brought noticeable results to the local population. We have identified that the production of organically grown strawberries has great potential for business.

Also, the well-known Svaneti region is still an unexplored in terms of cultural and adventure tourism, and by promoting the development of tourism products, this adventure will become tangible, which is a prerequisite for economic sustainability. Finally, we saw an example of how families living in a mountainous small-town village can join their forces and synergistically handles the tourism and organic agriculture sectors. We hope that the joint assistance of the European Union, Sweden and Austria will bring significant results to the people of the highlands for other activities in these sectors." - The Ambassador of Austria to Georgia Mr. Thomas Mühlmann noted during the visit.

Currently, 73 small and medium-sized local entrepreneurs in the Upper Svaneti, Racha-Lechkhumi-Lower Svaneti and Upper Imereti regions are receiving assistance from the European Union, Sweden and Austria in the frameworks of the GRETA project for the development of their business ideas in the area of tourism and organic agriculture.