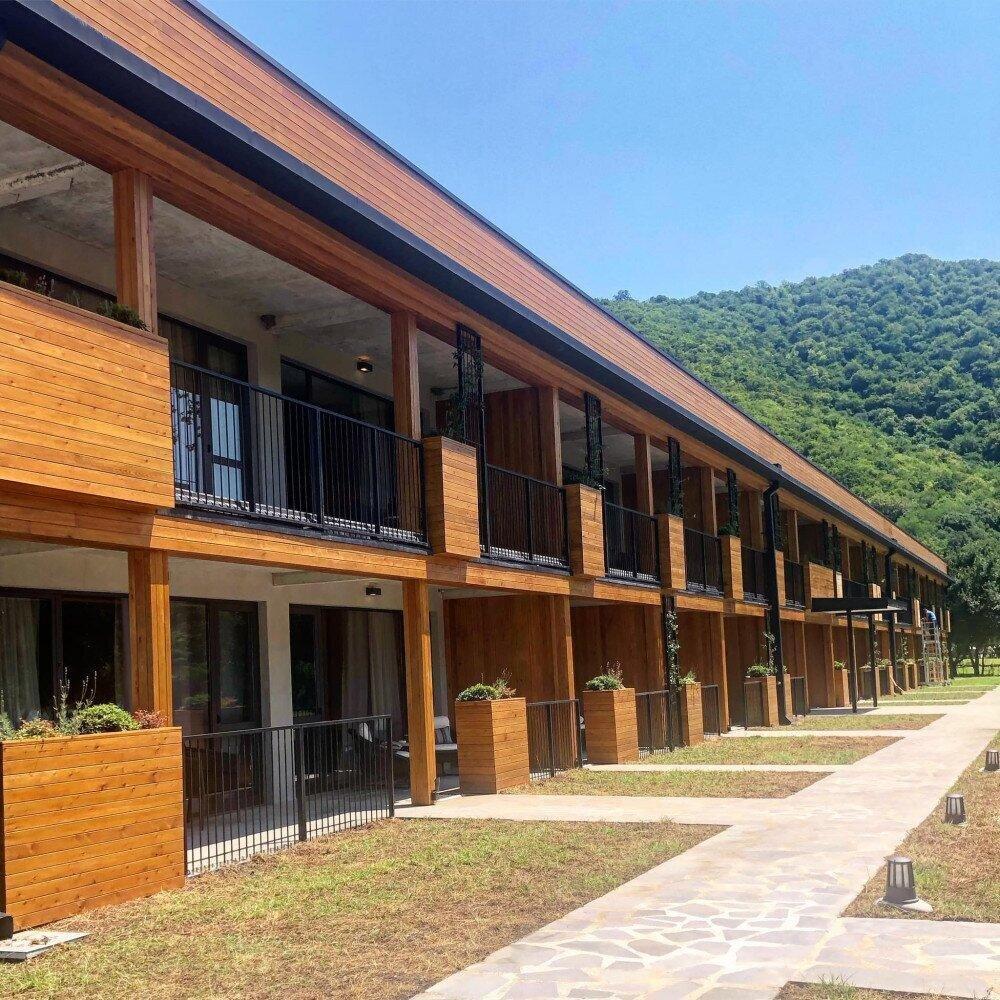 The 15th building was opened at Lopota Lake Resort & Spa in Kakheti. The general manager of the hotel Maka Ghlighvashvili published the information on Facebook.

According to Maka Ghlighvashvili, the company has invested 7 million GEL in opening a 51-room hotel.

"We received the first guests in the new building on July 6. New 2-storey hotel building includes 6 luxury rooms, the rest are "superior" rooms. This building is located closest to the lake and its architecture is very much in line with the landscape. The front view overlooks the lake, while the rear views overlook Lopota Biobostani and Chateau Buera. The hotel building has its own pool and bungalow,” the general manager declares.

Today, the hotel complex has a total of 232 rooms and employs 250 people, although the hotel management still plans to develop further.

"Before the opening of the building, we added a new mini-soccer field and a basketball court. We have added professional courts as well, which will be opened in August. We will also open a new restaurant with its own pool, which we want to be of Asian concept and will be designed for indoor events.

The total investment of the mentioned projects together with the hotel building is 21 million GEL, ”Maka Ghlighvashvili notes.