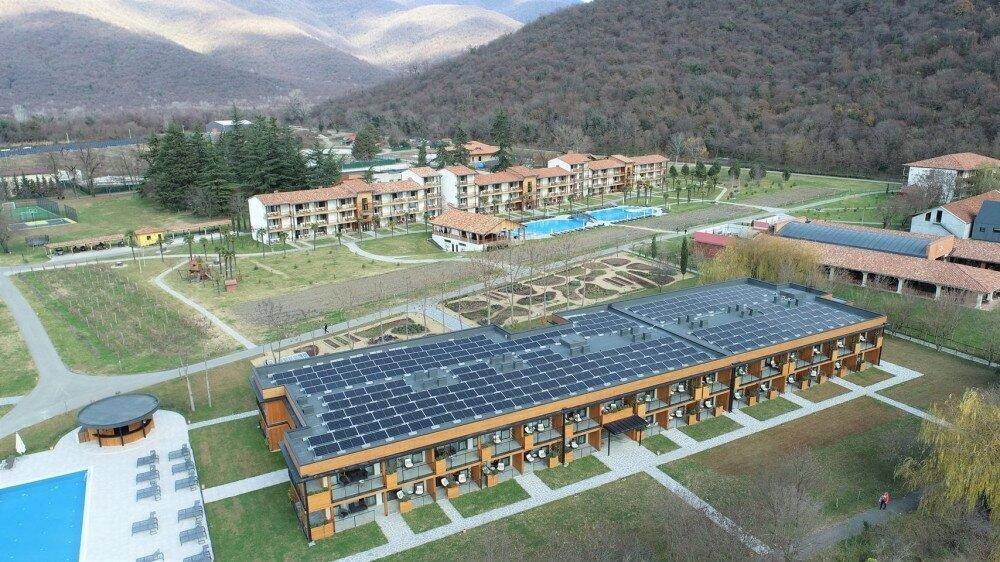 One of the powerful solar power plants is set up at Lopota Spa Resort, - says the official Facebook page of the company.

According to the company, the solar power plant generates 500 kW of electricity, green energy will replace 20% of consumed electricity by Lopota Spa Resort.

“The investment value of the solar power plant project is USD 320,000. As a result, the company will be able to save about GEL 200 to 250 thousand on the utility bills within a year. We will spend the saved money on the leasing, as the Lopota solar power plant is supported by TBC Leasing.

We had two reasons for implementing the project - it was based on the principles of caring for the environment. As a result of the project, the damage to the environment and the emission of harmful CO2 is drastically reduced, and the second point is about saving utility expenditures,” Giorgi Kevanishvili explained.