Macron Granted Ivanishvili The Award Because Of The Solid Support - Ambassador 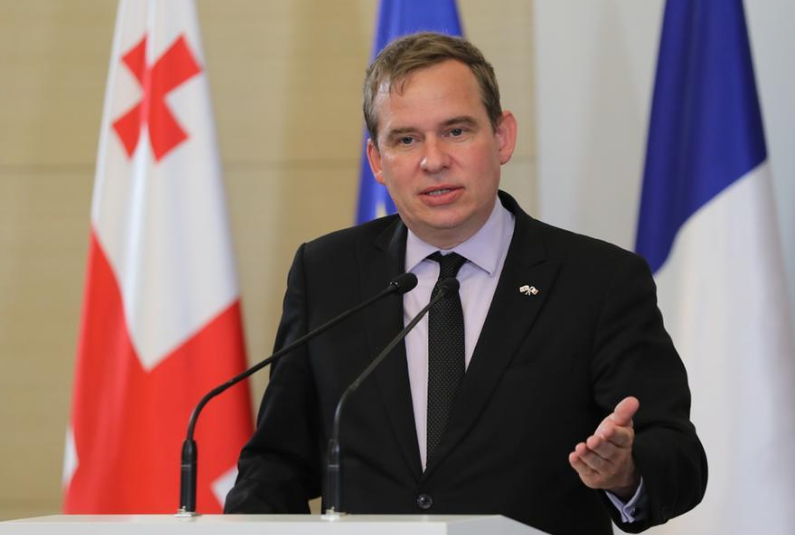 Last year, President Macron granted the former Prime Minister of Georgia, Bidzina Ivanishvili, the French Order of the Legion of Honor. However, the EU Parliament calling for sanctions to be considered on him now.

Ambassador of France to Georgia, Diego Colas, representative of the country currently serving as President of the EU Council explains in an interview with Georgia Today that the award was given because of the solid support that the Cartu Foundation carried out in Georgia.

“The award was given because of the solid support that the Cartu Foundation had given in Georgia, in particular to the French school here, and to the Franco-Georgian University, which is significant progress. A policy of sanctions towards the leadership, people who are thought to be the leaders of Georgia, is a very different policy from the one we have now. Our policy right now is the policy of strong support for Georgia. It’s a policy that is translated into Visa-Free circulation, into ambition for the Association Agreement, one that only a few countries have. We don’t see any reason to move away from that policy of firm support for Georgia.

You are right to highlight significant concerns about the state of freedom of the press, which have been expressed publicly by the European Union and myself. There are several ways to address those concerns. However, changing entirely the relationship from one of support to Georgia towards more confrontational, I’m not sure this would necessarily be the most effective way to guarantee and strengthen freedom of the press in Georgia”, - Diego Colas noted in an interview.