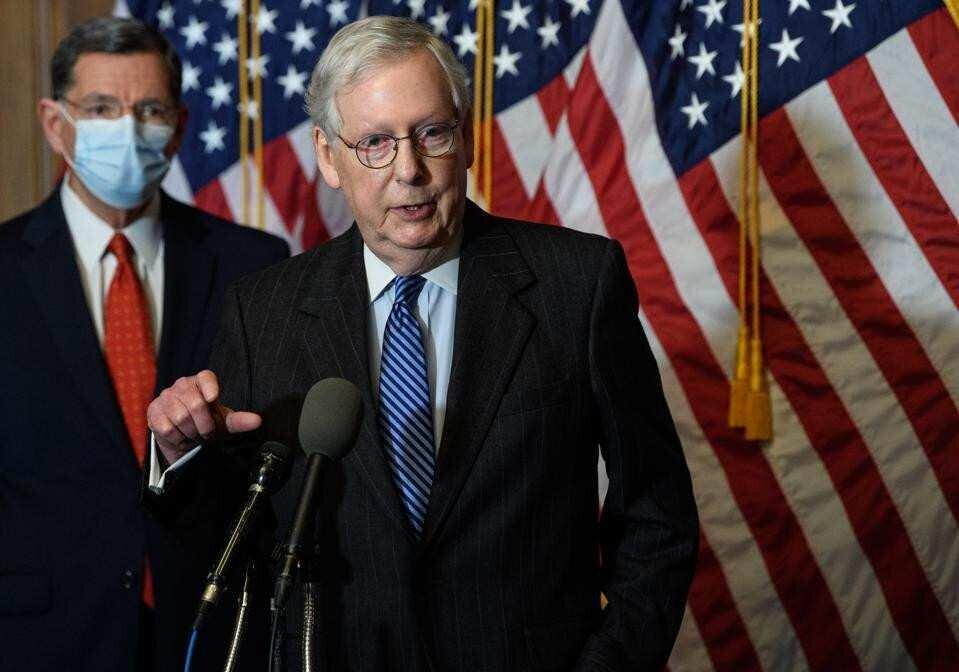 After months of fruitless negotiations amid a mounting death toll from Covid-19, skyrocketing case numbers and elevated unemployment, lawmakers appeared to reach an agreement on the framework for another round of stimulus spending Sunday as they stared down the possibility of a government shutdown, marking the most significant step Congress has taken to provide direct relief to Americans since it passed the $2 trillion CARES Act in March, - Forbes reports.

With the government set to run out of funding at midnight, Senate Majority Leader Mitch McConnell (R-Ky.) said the House and Senate had “finalized an agreement” on a $900 billion aid package as part of a $1.4 trillion omnibus spending bill for the 2021 fiscal year.

Lawmakers have yet to receive hard copy of the bill, and there was no clear timetable on how they would proceed to finalize it: McConnell said both chambers would move to vote on the bill “as promptly as possible.”

The bill would reportedly send Americans making $75,000 or less $600 direct payments, with household heads receiving checks for each dependent child and payments progressively phasing out till a cap at an annual income of $99,000.

Federal unemployment benefits would be extended at a rate of $300 per week for 11 weeks, but would not be retroactive, according to the Washington Post (the payments could start as soon as December 27 and last through March 14); benefits for contract and gig workers will also be extended for 11 weeks.

On the Senate floor, McConnell said the bill includes “huge sums” for vaccine distribution and “billions and billions” for schools; the moratorium on evictions will be extended through January after it was set to expire at the end of the year.

It reportedly includes funding for a new round of loans to small businesses to minimize layoffs under the Paycheck Protection Program, and $25 billion in emergency relief for renters, according to the Washington Post.

CRUCIAL QUOTE
“More help is on the way,” the Kentucky senator said Sunday evening. “Moments ago...the four leaders of the Senate and the House finalized an agreement."

WHAT TO WATCH FOR
Moments after McConnell announced Congress reached an agreement, the House announced it would not vote Sunday night on the omnibus spending bill, and would instead pass a continuing resolution to keep the government running.